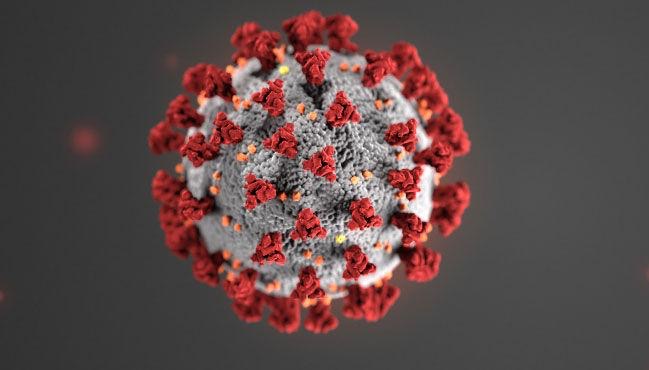 There is nothing like a global pandemic to show how well different governments stack up against one another. It is safe to say that the U.S. government comes in last of all the western democracies (one could argue last, period). How can this be?

I would argue that this is just the latest example of our dysfunction brought on by a system that does not serve the people. The root cause is a lack of trust in our fellow citizens and in our government officials. It is an “us/them” mentality rather than “we.” This serves to keep our politicians in power as they blame the other side for all of our problems and raise money for the next election cycle so they can finally triumph over the other party. We have seen this since at least the 1990s, and it will continue until term limits are enacted for Congress and campaign finance reform comes about. This will allow the focus to shift to doing the right thing for the country, instead of raising money and demonizing the other side in preparation for the next election.

The power they have and seek to hold onto is so great that they are willing to forgo truth-telling and use of good moral judgment. This is not an indictment of them as individuals, most of us would fall into the same trap.

Many people feel that President Trump’s governing decisions are driven solely by what is in his best interest and not those of the country. I would argue that the same can be said for most of Congress, they are just better at hiding it. If you know you have to go home soon rather than try to win another election, it is much easier to do the right thing.

My oldest daughter did an internship on Capitol Hill in college and saw firsthand that the overwhelming majority of a lawmaker’s time is spent fundraising for the next election cycle.

– Coronavirus: COVID-19 has exposed how deadly disinformation, misinformation and polarization can be. It is as if we have two different societies. One for masks/social distancing and the other for economic recovery. It was not helpful that in the beginning, the public health community said masks do not help. If they help front-line health care workers, how can they not help everybody? They should have recommended homemade facial coverings, buffs and bandanas from the start. The truth matters. Now everyone believes what their tribe says. Divide and conquer does not work with a virus. When people fail to believe what the authorities tell them and act in defiance, more people die in a pandemic. The U.S. Virgin Islands is a shining example of how public trust in local leadership can lead to a better outcome (so far).

– Guns: If the Sandy Hook Elementary School shooting and the subsequent incidents do not move Congress to action, what will? The overwhelming majority of Americans are for common-sense gun legislation, but the special interests and their money are able to prevent Congress from acting. Canada and New Zealand both had recent mass shootings and promptly banned assault weapons.

– Black Lives Matter and police reform: The Senate could not agree to open debate on this issue because the two sides were too far apart. I guess this is too toxic for an election year. Very good issue for scapegoating during the campaign. Meaningful debate on this should involve a discussion about guns since we have so many in our country (neither side wants to talk about guns in this context).

– Climate: No willingness to compromise on this issue. One side must resort to science denial to placate their base (truth takes a back seat to power).

– Boeing 737 Max 8 fiasco: Boeing used its money and power in Washington to gain control over the regulatory process. This allowed the company to cut corners on safety in favor of shareholder value. The result was bad for everyone, especially Boeing.

– Pharmaceutical Industry: The opioid epidemic is another example of big companies overcoming public good with devastating consequences. A vial of insulin that cost $21 in 1996 now costs $275. Is it not the job of the government to stop these deeds?

The U.S. Virgin Islands benefits from the lack of an opposition party for now. Times of crisis call for unity and common-sense leadership. Gov. Albert Bryan Jr. delivers both. He favors telling the truth over political expediency. He is also quick to tamp down any tribal tendencies (these usually manifest themselves as STT/STJ vs. STX). A less ethical governor in the future might seek to exploit the lack of an opposition party especially if he has firm control over the V.I. Senate. What is most healthy is multiple parties, not one or two. Take U.S. presidential politics for a moment. The primary process leaves the voters with two choices out of 330 million citizens. One chosen by the right and the other chosen by the left. Independents in the middle do not have a candidate. The Commission on Presidential Debates is run by the two main parties and excludes candidates who do not garner at least 15 percent support across five national polls. This perpetuates a duopoly that does not serve the public interest (the courts have so far upheld the 15 percent threshold). Term limits and campaign finance reform will allow new parties to break through the barriers that now exist.

This is an uphill struggle. The Democrats are open to campaign finance reform. Neither party wants anything to do with term limits (Tom Steyer was a lone voice in the Democratic primary). We need a grassroots effort. Presidents Bush and Obama should step forward to lend a bipartisan hand to this effort.

Steve Hardee is a retired physician and long-term resident of St. Croix.

The Forum to Present a Screening of ‘The Lehman Trilogy’ Live in HD on Jan. 27

Testifiers at Wednesday’s Youth, Sports, Parks, and Recreation Committee hearing said challenges surrounding material procurement have been plentiful but progress has been maintained throughout the dozens of recreational projects in the territory including the anticipated Paul E. Joseph Stadium. #visource #usvi #news ... See MoreSee Less

Recreational Facilities Across the Territory Slowly Showing Signs of Improvement