The St Croix Chamber of Commerce has compiled results from a recent survey sent to chamber members and the U.S. Virgin Islands community at large related to WAPA electrical service and rates, according to a news release from the chamber.

On June 7, the St Croix Chamber of Commerce published its position on the recent rate increase requests WAPA made to the PCS. The St. Croix Chamber is strongly against any additional WAPA rate increases and takes the position that the private sector can no longer be relied upon to bail out WAPA’s and the USVI government’s mismanagement.

At its July 31 hearing the Public Services Commission delayed any action on the proposed rate increase until October.

To illustrate the financial impact an additional rate increase will have on the U.S. Virgin Islands economy, the chamber conducted an online survey to gather statistics and comments from both the public and private sector. The survey was sent via email to the St Croix Chamber Membership and general mailing lists, as well as the press. The link was also shared via social media.

A total of 192 responses were received over five days. The majority of respondents were from St Croix, 74.6 percent; with 18.5 percent from St Thomas and 6.5 percent from St John. Of those, 77 percent had purchased WAPA services for five years or more; 71 percent owned their home while 28.9 percent rented; 49.5 percent were business owners or partners with 13.6 percent in management, 28.4 percent listed as employees, 4.3 percent unemployed and 9.2 percent “Other” noted as retirees per comments. Approximately 50 percent of those taking the survey were in the age range of 45-64 years and 56.7 percent were listed as employed full-time. Respondents’ income reflected a wide range, with one percent listed as having an annual income of $15,000 or less.

Throughout the survey many respondents pointed to perceived mismanagement of WAPA over decades and the government’s failure to pay its bills as the major reasons behind rate increases, the chamber’s news release said. With much of the U.S. Virgin Islands still recovering financially from the hurricanes and few seeing increases in wages, the burden of additional rate increases threaten an undue hardship to already cash strapped households.

“At this point there are still many people struggling. The hurricanes set a lot of people back. The rents went through the roof and people are still (all this time later) looking for reasonable housing. It’s just bad timing,” one respondent wrote.

A statement on WAPA’s Facebook page said the requested base rate increase of three percent will be negated by a three percent reduction in the fuel surcharge for residential ratepayers through 2019. The chamber noted, however, that the statement makes no mention of the effect on the commercial, or business, rate or what that means for 2020 and beyond as fuel charges fluctuate.

The U.S. Virgin Islands pays the highest rate for electricity in the United States and its territories, and one of the highest rates in the world. However, an overall rating of WAPA’s services on the survey resulted in a “Below Average” based on customer service and quality of service, among other factors. Many praised the linemen and front-line staff but called out management for lack of accountability when questioned about inconsistencies in billing and errors.

Every respondent (100 percent) supported the idea that WAPA undergo a forensic audit information from that audit should be made public, the chamber said.

“The results speak for themselves and are by no means a surprise to the chamber. Without immediate action by the government to control WAPA’s costs, our economy will almost certainly regress, with local business owners closing their doors and more citizens fleeing to the mainland. The business community is resilient, but there comes a time when enough is enough and we can no longer sit back and accept the status quo from years’ past. The people of the U.S. Virgin Islands have spoken and will not continue to tolerate continued financial abuse.” concludes Ryan Nelthropp, chairman of the St Croix Chamber of Commerce board.

Results for the WAPA survey have been shared with Gov. Albert Bryan, the senators and Public Services Commission. Full results of the survey can be found on the St Croix Chamber website. 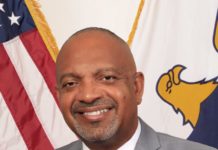 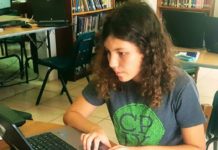 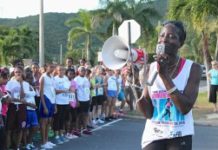