The photos that accompanied the release suggested an orderly, if not exactly attractive, jilting of these formerly useful, owned but no longer useful or desired chariots.

One with its guts hanging out appeared to be in a grassy area, the other is neatly parked against a curb on a residential street.

Meanwhile, on a narrow, heavily-traveled thoroughfare leading to popular beach, beach bar and construction site, the automobile pictured here has languished partially in the road for more than a month.

Full disclosure: The author lives on this road.

After a trip off island for a week, I returned to find the vehicle was still there. Wishing I had investigated having it removed before I left – while assuming “someone else” would have called the appropriate authorities – I belatedly took action.

I am embarrassed to admit I didn’t know who exactly was the appropriate authority. So, first I called Motor Vehicles. The very helpful, but seemingly uninformed person who answered the phone, said I must call the police department. I did. No answer. So, then I called 911. I was chagrined to have called an emergency number about a non-emergency, and said so. The person who picked up the 911 line said, “oh, if you wait long enough [I had let the phone ring at least five times] someone will pick up.”

She said I had to call the Lieutenant Governor’s Office. Again, I should have known that wasn’t right, but I was tired from traveling and fairly miffed that the car was still there – a hazard.

From the Lieutenant Governor’s Office, I was cordially directed to the Administrator’s Office at Government House, where I was assisted by a communicative, candid individual who said the task force was up and running, but was buried by the number of cars and trucks that had been disowned willy nilly.

She advised the vehicle must first be “tagged” and left for seven days before it can be moved – and said she would pass on my information. I do not doubt one bit that she did.

Meanwhile – it has been a week. I am sorry I didn’t call sooner … and surprised that no one else did given the several close calls that have occurred as a result of the car partway into the road. But this car – which by the way carries no inspection sticker – must be moved before someone is injured. It needs to be a priority. 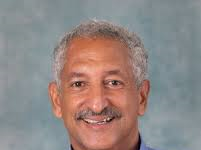