Originally, Charles Leonard came to St. Thomas, U.S. Virgin Islands, to work on sea planes as a staff sergeant for the U.S. Army, but since 1981, he has been farming. He was named “Farmer of the Year” three times and is one of the few farmers on the island with fruit trees still blooming. Leonard was one of the many farmers affected by hurricanes Maria and Irma, two of the most devastating storms to ever hit the island. Leadership and staff from National Association of Conservation Districts (NACD) met Leonard at a farmers’ market on St. Thomas. He spoke about how the islands’ farmers suffered from the storms, and he told them his personal story.

“When I first moved to St. Thomas, I was working over 40 hours overtime with one day off,” Leonard said. “And I said, ‘that’s too much work on a beautiful island like this.’ So, I did the taxi thing for about 10 years — got bored and went back to the shipyard, but there was no challenge there. So, I said, ‘you know, I’m gonna go farm.’”

Leonard has 170 fruit trees that he raises on a few acres on St. Thomas and was one of the first farmers to get a lease to farm on the island.

“I was the first farmer to get a lease on two and half acres of land,” he said. “In fact, I got two leases and planted nothing but fruit trees – who’s going to tell you to cut down the fruit trees?”

St. Thomas has had issues in the past with squatters, and producers who do not have a lease are not legally allowed to plant a crop. Squatter’s rights — more properly known as adverse possession — refers to when a person makes an ownership claim for a piece of land despite not owning the property’s legal title document. A person can acquire squatter’s rights by being in sole exclusive occupation of the property for a certain period of time. However, after a lot of hard work and persistence, Leonard received a 21 lease for his operation.

Before the hurricanes, he had 120 beehives as part of his operation; after Irma, he has only five. He said one of the hardest things about recovering from the storms was access to resources and supplies to rebuild. For example, producers had to have the money upfront to borrow equipment and materials to mend their fences. Because so many of the farmers couldn’t afford to pay upfront, the invasive white tail deer were able to maul their crops.

“I couldn’t fence, so I just divided the farm into quarters,” Leonard said. “And when I got that under control, then I would remove the debris from under my trees. I also burned a lot of stuff, and I took the ashes, and with the manure I got from my chickens, I put that into the soil. I bought a tiller with all the money I had left and tilled everything and then some — starting from scratch all over.”

He said the storms caused some of the worst damage he has ever seen, but agriculture wasn’t the only thing that suffered. The farmers’ market that NACD visited was severely damaged, homes were flattened and people’s health was severely declining.

“After the hurricane, I was working so hard, my blood pressure [was very high.] They had a medical van I stopped by from the (United) States, and I went in there one day, and they said I had to slow down. I had to go back to doing my exercising, get a blood pressure pill, and eat the right food. The food we were getting was more like military food. In the military, they gave us food with a lot of salt because you’re out there in the jungle or wherever and you’re sweating a lot. The food we get here for emergencies is very similar. It has a lot of salt in it, and that’s what affected me. People weren’t getting enough water or didn’t know to drink more water.”

Leonard said the island is slowly beginning to pick up the pieces and begin functioning like it did before. He assured our group that the island was not putting their best foot forward, but NACD was still impressed with what Leonard and local farmers were able to achieve despite the storm’s magnitude.

“When you go one step at a time you see the success, and you feel better as you go,” Leonard said. “That’s about where I’m at now, to tell you the truth. We’re just trying to get it all back together. It’s a process, but you just keep moving forward.” 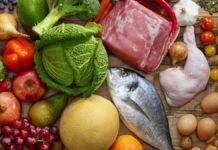 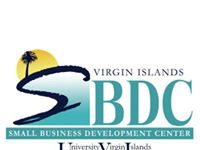