Under current law, those who purchase taxi "medallions" at auction, entitling them to a taxi license, can not lease or sell them for at least three years after purchase, and then only with approval from the V.I. Taxicab Commission.

The bill discussed Tuesday by the Rules and Judiciary Committee, [Bill 31-0097] sponsored by Sen. Justin Harrigan, simply says, “The three-year prohibition on leasing medallions does not apply to veterans.”

The bill does not define the term "veteran," but senators’ debate on the bill made clear they meant veterans of the U.S. armed forces.

Introducing the bill to the committee Tuesday, Harrigan cited the high regard due to veterans and the current rough economy, as he did when introducing it in the Committee on Government Services, Veterans and Consumer Affairs in May.

Harrigan and several other senators spoke about the bill in terms of helping those with disabilities and for combat veterans from Vietnam and other conflicts, although the bill has no provisions about disabilities or combat.

Harrigan said the change, in "these challenging economic times, will allow veterans who are disabled or otherwise not able to physically work, earn a living."

"We have to look out for those individuals who may have a handicap. … Yes, it is one thing to say they can acquire a medallion, but what if they cannot use it?" Forde said.

Senate President Neville James spoke about a Vietnam veteran who almost lost his leg in combat and is now a V.I. taxi driver.

As when the bill was first heard in committee, there was no mention or discussion of why there was a prohibition in the law to begin with or if the prohibition did or did not serve a purpose.

After the vote, Harrigan emphasized that the bill was not a blanket exemption.

"A prohibition remains in place," Harrigan said. Drivers still cannot sell the medallion for at least three years. And they still have to get approval from the taxicab commission to lease the medallion, so leasing is not automatic, he said.

The Senate has been quick to act on requests from taxi drivers and to do favors for veterans over the last decade. It disbanded the Taxicab Commission in 2000 over missing medallions, missing money and "illegal transactions," and chronic problems getting a quorum together to take actions. But then taxi drivers complained the Division of Licensing and Consumer Affairs was over-regulating them, so in 2006 and 2007 the Legislature acted on bills to re-establish the commission and take regulatory authority away from DLCA.

In 2012, the Legislature enacted two laws loosening regulations, allowing licensed V.I. taxi drivers to lend their taxis to anyone with a valid V.I. drivers’ license and also use taxis as private vehicles, with non-medallion owners carrying friends and family in taxis, so long as they are "off duty." (See Related Links below)

Meanwhile, the status of taxi service in the territory is such that there is no central number to call for a taxi and no reliable taxi service after dusk anywhere in the U.S. Virgin Islands. Unlicensed, unregulated "gypsy" cabs are a large portion of all taxi service on St. Thomas, but are less active on St. Croix.

Veterans also get quick action from the Legislature. In 2014, in the midst of a severe budget crisis and reduced allotments throughout V.I. government, the Legislature first appropriated $300,000 for the American Legion to build a private club, then gave away public land for the Legion to build it on, citing the praiseworthiness of veterans as the reason. (See Related Links below) 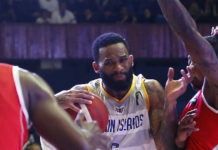