He was preceded in death by his mother, Maria Thompson Donadelle; father, Archibald O. Donadelle; and brother, Billy King.

Olando was an educator at Lockhart Elementary School for 31 years. He was loved and respected by his students and colleagues who kept in contact with him. After retirement, he was introduced to the taxi/tour industry by his friend Bruce Flamon. His passion for history made him the perfect tour guide as he introduced many people to his beloved island of St. Thomas. Olando actively pursued many interests, which included tennis, fishing, quadrille dancing, photography, carpentry, planting and, most recently, bowling.

He was an athlete and loved sports, especially football and basketball. Throughout the years, he coached many Little League teams and was the basketball coach for the girls’ and boys’ teams at Joseph Sibilly Elementary School.

Olando was a family man and took pride in his roots. He was a good person, a wonderful father, brother and uncle, a loyal friend, and a faithful and loving husband. He was a great storyteller and kept his family and friends entranced with one story after another. Always seeking knowledge, Olando became interested in the Hebrew way of life. Over the last ten years a substantial part of his life was dedicated to their teachings.

A memorial service will be held at from 9-11 a.m./noon, Friday, Nov. 29, Turnbull’s Funeral Home. Interment will follow at the Eastern Cemetery. A special celebration of his life will be held on Saturday, Nov. 30. The place and time to be announced by the family. 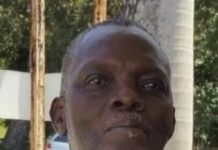 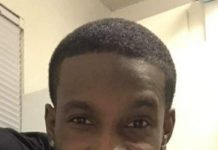 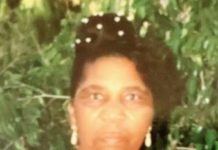