Health Care: Self Help Essential in Battle with Chronic Illness 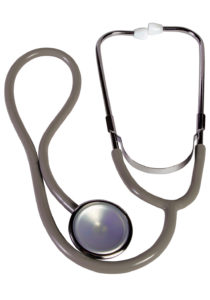 This is the fourth in a series of Source articles about health care in the Virgin Islands.

Your chances of developing a life-altering, chronic illness are quite good.

Definitions for chronic disease vary somewhat, but the CDC describes it as a condition lasting a year or more and requiring ongoing attention and/or limiting normal activities. Alzheimer’s Disease, cancer, heart disease, diabetes, asthma, kidney disease and arthritis are some of the better-known examples. Generally, a chronic disease can’t be cured, but it can be controlled.

In the Virgin Islands, those efforts are led by Kathleen Arnold Lewis, territorial director of the Chronic Disease division of the Department of Health. The division is funded primarily by the CDC and works closely with it.

Lewis and Janis Valmond, deputy commissioner for health promotion and disease prevention, spoke with the Source last week about chronic illness in the territory and ways to mitigate it. Overall, the picture in the Virgin Islands is similar to that in the 50 states and, with few exceptions, V.I. statistics tend to mimic national trends.

Some of the more prominent diseases in the territory are cancer, diabetes, cardiovascular disease and stroke.

Health conducted a Behavioral Risk Factors Surveillance System telephone survey in 2016, asking adults to self-report in response to a number of health-related questions. Of those surveyed, 12.7 percent said they had been diagnosed with diabetes; another 2.8 percent said they’d been told that they were border line and/or pre-diabetic.

The survey results lined up with Health’s assessment about the portion of the population effected by diabetes.

Medical professionals have long cautioned that many people have diabetes and don’t know they have it, suggesting rates across the board may be higher than reported, and meaning an untold number of people are in danger of a wide range of harmful effects caused by untreated diabetes. These include kidney damage, vision problems and loss of sight, weakness, cardiovascular disease, foot problems, and even loss of limbs.

“There’s a very important test for diabetes,” Lewis said. Doctors might recommend it for patients with a family history of the disease or those experiencing symptoms (such as frequent urination and some skin conditions) not otherwise explained.

The Hemoglobin A1c test reveals how the body has managed sugar over the three-month period before the test, thus signaling whether a person is diabetic or pre-diabetic. The test itself is very simple.

While there are many complications from diabetes, the fatality rate is not high compared with some other chronic diseases. Statistics from 2016 determined the rate of death from Diabetic Mellitus (type II) was 23 per 100,000 population, a little higher than the national average which was 21 per 100,000, Lewis said.

When it comes to fatalities in the Virgin Islands, heart disease and cancer are the two worst killers, Lewis and Valmond said. The most common forms of cancer in the territory – not necessarily the most deadly – are prostate, breast, colon, and uterine, in that order. Leukemia and lymphoma are about even in fifth place.

The Chronic Disease division began keeping a Central Cancer Registry in 2016, Lewis said. That year there were 410 diagnosed cancer cases in the territory.

Statistics also show the rate of death from cancer in the Virgin Islands as 109.2 per 100,000 population, while the national average was 155.8 per 100,000. But those figures are not enough to draw any conclusions about how the territory compares with other areas, Lewis said.

“The asthma rate for the Virgin Islands is definitely significant,” Lewis said.

According to the 2016 self-report survey, 10.9 percent of the adult population has been diagnosed with asthma, a condition that swells airways in the lungs and makes it difficult to breathe and in some cases can lead to fatal attacks. The national rate, according to the CDC website is 7.7 percent for adults.

While the Chronic Disease division is tasked with tracking numbers and trends, it also is focused on prevention and treatment.

Part of the mission involves nudging people away from lifestyle behaviors that increase the chances of developing illness. High on the list of things to avoid are alcohol and nicotine.

Cigarettes and cigars are not very popular among V.I. residents, Valmond and Lewis said, but they have concerns about what appears to be an increasing popularity of the “fonta” or “fanta.” For a dollar or two, a person can buy a tobacco leaf at a gas station convenience store or in a tobacco shop and wrap it around a marijuana joint, or crush it and blend it with the marijuana. Smoking the two together is intended to create an enhanced effect. But it is also delivering nicotine to the smoker.

Health public service campaigns on radio and in print target tobacco and excessive alcohol consumption and emphasize the benefits of fiber intake, maintaining a healthy weight, and regular exercise. Valmond said experts recommend a minimum of 60 minutes a day of moderate to vigorous exercise for children and 150 minutes per week for adults. The activity should be strenuous enough to raise the heart rate.

Many of the do’s and don’t’s apply for avoiding or controlling virtually any chronic disease; a few – such as reducing the skin’s exposure to the sun, are aimed at specific conditions, like skin cancer.

The division stepped up its healthy awareness efforts in 2018 when it launched the Chronic Disease Self-Management Course.

The course is designed to help people living with any type of chronic illness to cope with it and live a well-balanced life. Participants meet in groups of 10 to 20, once a week for six weeks, for two and half hours per session.

“It really gives a person the tools they can use,” Lewis said. Topics covered include communicating with the medical provider, managing stress, enjoying physical activity, healthy eating and managing medication.

So far, the division has conducted two six-week courses on St. Thomas and is currently conducting its second course on St. Croix. There are three trained instructors on each island.

This summer, with help from the University of the Virgin Islands, Health will conduct another self-reporting survey, thus updating its 2016 Behavioral Risk Factors Surveillance System survey, Valmond said. Results will go to the CDC and will be available in 2020.