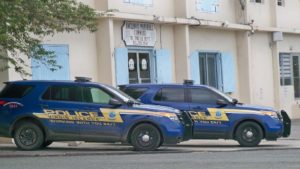 A young man who was injured Saturday died at the Schneider Regional Medical Center, the V.I. Police Department reported Tuesday.

The victim was identified as 28-year-old Troy Etienne.

It was the third shooting death in Smith Bay in two days. Two men, as yet unidentified by the police, were killed in a shooting early Friday.

At 9:32 p.m. Saturday, July 22, a citizen called 911 reporting that several shots were fired in the Smith Bay area. Upon arrival patrol officers confirmed that a man had been struck multiple times to his body while sitting in his vehicle. He was transported by ambulance to Schneider to be treated for his injuries.

At 3:45 p.m. Sunday, Etienne succumbed to his injuries. His next of kin were notified.

The Women’s Coalition of St. Croix held its annual meeting in their new community and conference center which is now named “The Women’s Coalition Campus.” The meeting allowed guests to meet staff, volunteers, and the board of directors and also allowed them to view the new building.