The Senate Rules and Judiciary Committee moved forward to the full body for approval a Superior Court nominee, a board appointee and a bill reorganizing the Judiciary, but it held back one nominee for a conflict during Thursday’s session on St. Thomas.

The first order of business was approving Renee Gumbs Carty, who has practiced law for more than 25 years, to serve as judge in the Superior Court.

Several senators said they knew Carty well and had worked with her in the past. The committee members said they received letters from community leaders in support of her nomination but also received a negative recommendation from a letter signed as Department of Justice “staff.”

The letter accused her of being unfair and denying employees due process. Carty answered that some employees were “against her” and there were a number of power struggles, but said several times there was a hearing process for all employees who had complaints.

Carty was born, raised and has always lived in the territory except when attending law school. She earned her law degree at Texas Southern University in 1989 and returned to St. Thomas to begin her career. Since then she has served as legal counsel for the V.I. Department of Property and Procurement and has worked at the Department of Justice since 2000.

In 2015, she was named deputy attorney general before being nominated by Gov. Kenneth Mapp for the Superior Court. She pointed out that, although she hopes to be confirmed, she did not “seek or solicit the position.”

“I made tough but sound decisions,” she said, describing her strengths as being organized, focused and goal oriented.

Carty said she prosecuted 435 cases over the years and won 96 percent of them. The only experience in civil or family law came indirectly as an appellate attorney when she reviewed cases and wrote briefs.

Senators’ questions ran from general to specific with Sen. Nereida Rivera-O’Reilly firing off a list of “yes or no” questions.

Carty responded in the affirmative that she owes taxes, owns rental property and has incurred a complaint from the V.I. Bar. She did not elaborate but said that the complaint was resolved.

Carty said environment and education play a major roll in creating young criminals and more resources are needed. She said she believes it is up to the executive branch to deal with the issue and place more counselors and monitors in the schools rather than more police.

The judge nominee seemed to have good knowledge of V.I. law and said that, after studying the V.I. Code several years ago, she wrote suggestions for revision to former Attorney General Vincent Frazer.

After years on the bench, Carty said she hopes people will think of her as a fair and respectful judge who served justice well.

The committee voted unanimously to forward Carty’s nomination to the full Senate for confirmation.

The Rules Committee also approved Bill No. 31-0255 to merge administration of the judicial system under the V.I. Supreme Court. Currently the Superior and Supreme Courts maintain separate policies and procedures, personnel, budgets and technology.

Attempts to condense the administration under the chief justice have been ongoing since the 27th Legislature according to Rivera-O’Reilly, one of the bill’s sponsors.  She tried to convince the committee to accept the written testimony from testifiers and the V.I. Bar Association and vote on the matter. Her argument was overruled by Sen. Kenneth Gittens, committee chairman.

Gittens led almost four hours of discussion with questions, answers and opinions from representatives of both courts and the V.I. Bar Association. V.I. Supreme Court Chief Justice Rhys Hodge talked at length about the history of the Supreme Court and efforts to condense the administration of the judiciary.

The bill establishes a judicial administration office and names the chief justice of the Supreme Court as the administrator. The chief justice will be responsible for policy and procedures, preparation of annual reports, personnel policies, budgets, jury management, technical records and facilities management. The office will also recommend changes in the law affecting the judiciary branch to the Legislature.

According to Hodge’s testimony, all U.S. jurisdictions except the Virgin Islands have passed statutes uniting judicial management.

Andrew Capedeville, Bar Association board president, said members voted in support of passing the bill and offered no further testimony. The president of the V.I. Bar, J.B. Russell Pate, said he was at the hearing to answer questions only.

Also during Thursday’s session, Terri Griffiths was approved to sit on the Magens Bay Authority board, but Vince Danet’s nomination to the V.I. Public Service Commission was held in committee “pending technical followup regards to some conflict,” Gittens said.

No further explanation was given and no discussion was allowed because the candidates had been vetted in February and March, Gittens continued.

Rivera-O’Reilly attempted to move forward his name to the full body, but her motion failed. 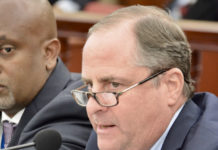 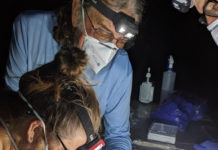 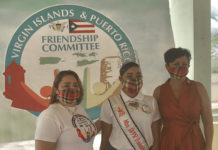