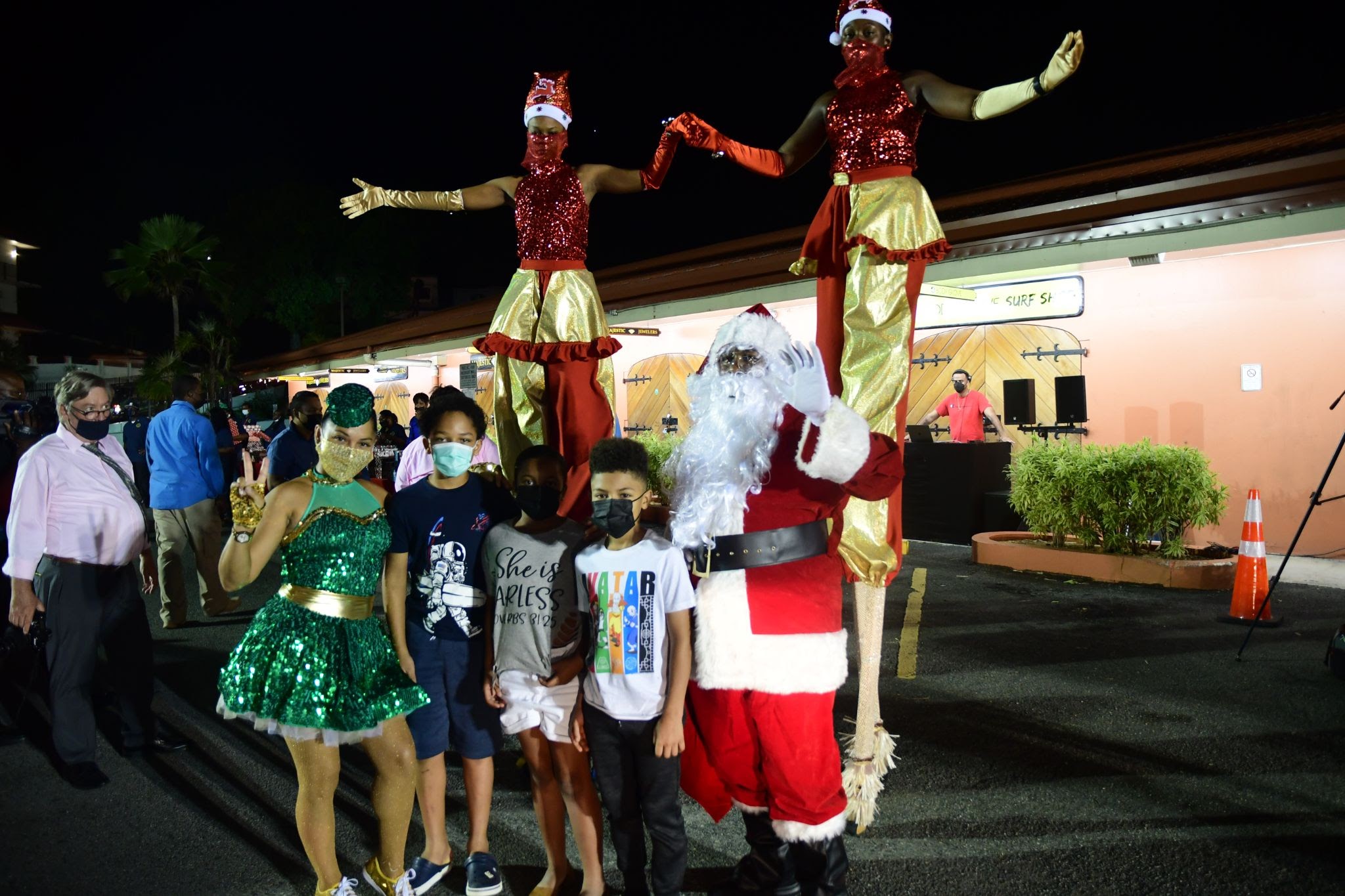 The V.I. Department of Tourism added to the festivities with festive dancers and mocko jumbies, while Santa was on hand to hand out gifts. (Joshua Barry photo)

Mocko jumbies, and presents and Santa, oh my! Havensight Mall on St. Thomas lit up Thursday night with the sights and sounds of the season as the first of Gov. Albert Bryan, Jr.’s Children’s Christmas Parties kicked off on St. Thomas. While the ongoing COVID-19 pandemic has postponed the annual event, participants were able to drive through this year and bask in the glow of twinkle lights that illuminated the mall’s entire center, while music played across the grounds. 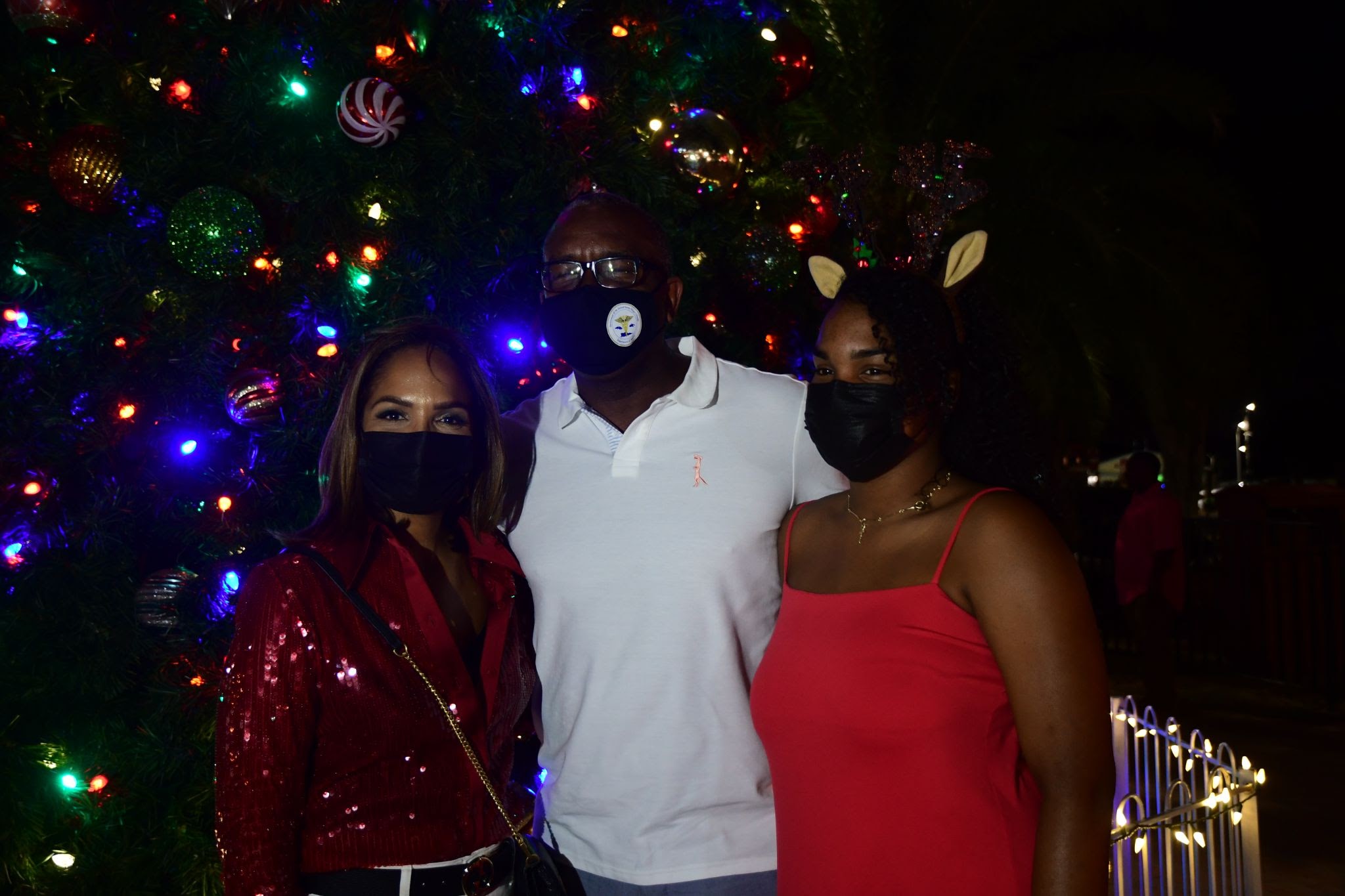 Gov. Albert Bryan, Jr. and his family helped kick off the festivities with a tree lighting. (Joshua Barry photo)

The governor, accompanied by First Lady Yolanda Bryan and their daughter, officially started the party with the traditional tree lighting.

A sea of cars made their way to see Santa as well as the governor, with V.I. Police officers working to direct traffic and expedite the process. In conjunction with the Governor’s Office, the Government Employees’ Retirement System and several other local agencies donated hundreds of gifts that were given out by Santa, along with the governor and his family. While in their cars, the smiles on the faces of the children receiving the gifts offered another ray of light amidst the darkness.

Additional Children’s Parties will be held: 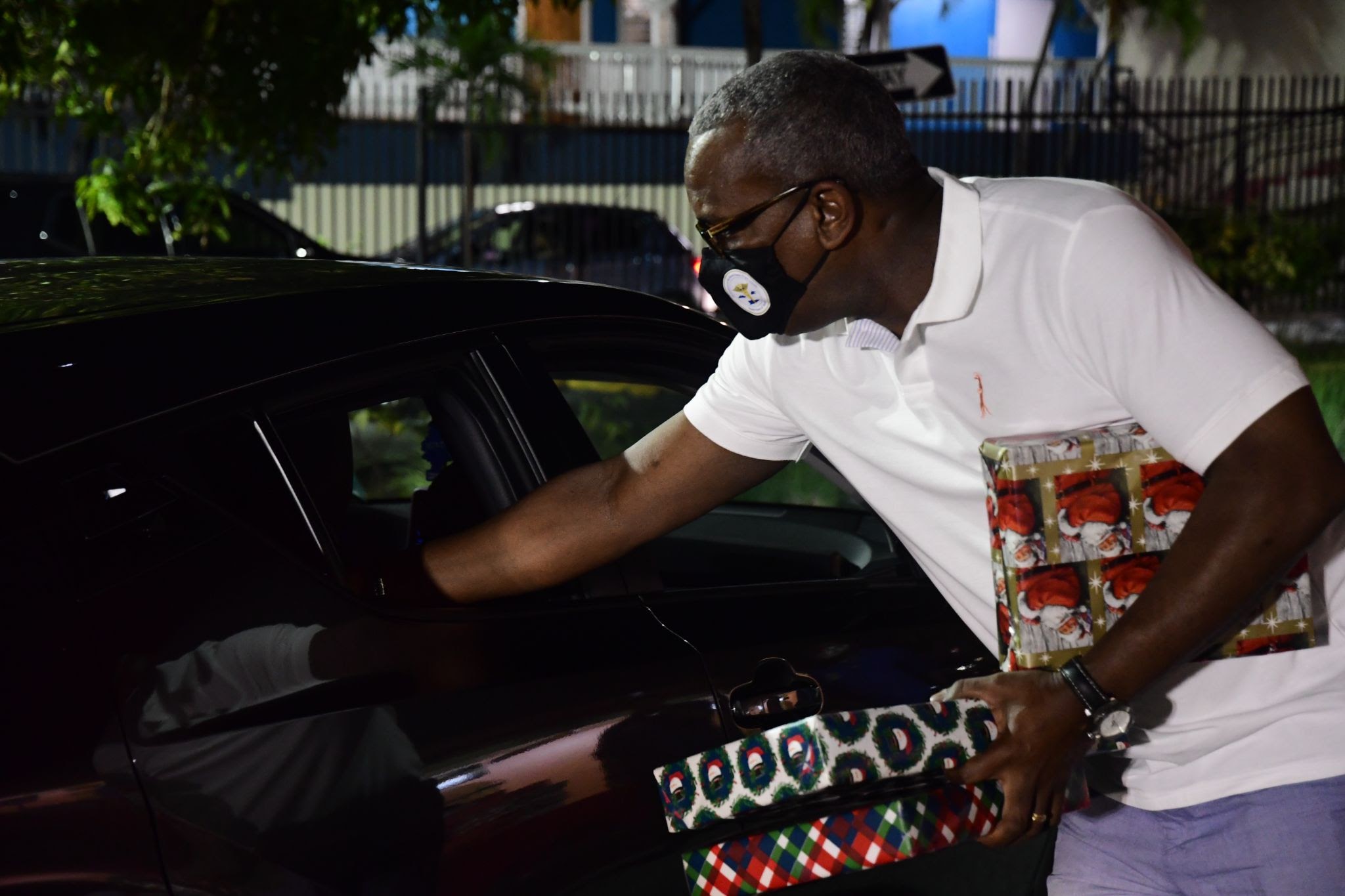 Keeping our community informed is our top priority.
If you have a news tip to share, please call or text us at 340-228-8784.
Facebook
Twitter
Pinterest
Email
Previous article
Legislature Seeks Control of Pandemic-Related Federal Funds
Next article
CSU Report Suggests Above-Average 2022 Hurricane Season

The V.I. Water and Power Authority governing board approved extensions and cost increases for some of its ongoing projects on Thursday, some extending for an additional year.

Time to privatize power. Puerto Rico is seeing the light, the VI can also