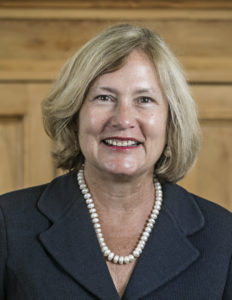 It should be noted that the Treasury Regulations clearly contemplated major disasters that have a shorter duration than the COVID-19 Pandemic and the Internal Revenue Service (the “IRS”) has the authority to modify the Treasury Regulations in connection with disasters of an unprecedented nature. In the aftermath of Hurricanes Irma and Maria, both category 5 storms, on October 4, 2017, the IRS provided written guidance that U.S. Virgin Islands taxpayers would be deemed present in the U.S. Virgin Islands from September 6, 2017 to December 31, 2017, a period totaling 117 days, even if not physically present for some or all of that time. This guidance was set out in Notice 2017-56 and acknowledged “the unexpected and prolonged dislocation caused by Hurricane Irma and Hurricane Maria”. On February 27, 2018, the IRS extended the grant of relief by Notice 2018-19 to May 31, 2018, for a total of 151 days in 2018 and 268 days from September 6, 2017 to May 31, 2018. The Notice acknowledged that “[t]his Notice provides additional relief to individuals who may otherwise lose their status as a “bona fide resident” of an impacted U.S. territory because of the continued dislocation caused by Hurricane Irma and Hurricane Maria”. It is hoped that the U.S. Treasury Department will provide a similar extension in connection with the COVID-19 Pandemic Declaration.

In addition to meeting the physical presence tests, taxpayers must be able to demonstrate a closer connection to the U.S. Virgin Islands than anywhere else through such factors as voting in the U.S. Virgin Islands and having a home in the territory. Further, taxpayers who work must have a tax home, or principal place of business, in the territory.

A ribbon-cutting for the first visible image of the medical school being built in the U.S. Virgin Islands – the Medical Simulation Center – was attended by local and federal dignitaries on the St. Croix campus of the University of the Virgin Islands Wednesday.

📸: Dignitaries cut the ribbon to open the Simulation Center at the University of the Virgin Islands. (Source photo by Susan Ellis)