The Senate Committee on Culture, Historic Preservation and Aging honored the lifelong contributions of two men to the territory, voting to forward resolutions commemorating their accomplishments.

Olympic athlete Wallace Williams, who represented the Virgin Islands in the 1988 Olympic Games as a marathon runner and served as a librarian later in life, will be receiving a ceremony and plaque if the resolution is adopted by the full body.

“If it were not for this man in my life, I would not have accomplished the things that I did,” he said. “Wallace has become a friend, mentor and advisor.”

Williams said Wallace is selfless and for decades has “shepherded hundreds of athletes in their preparation for national and international competition, often times using his personal resources. I, for one, benefited from his care and guidance.”

“His expertise and significant contributions to this community are clearly visible in the areas of library science, track and field and road racing,” John said.

During the committee meeting John listed more than 50 running events Wallace had put together in the territory after founding The Virgin Islands Pace Runners in 1978. Some of these events, John said, have been ongoing for the last 35 years.

“Wallace decided to make St. Croix his home and in doing so he has left an indelible footprint that has positively impacted the Virgin Islands,” John said.

St. Croix resident Mary Mingus also testified in support of Wallace and said he has been her friend since 1980 after becoming involved in the Women’s Coalition of St. Croix. During this time Wallace had offered the Florence Williams Public Library for the Coalition’s first meeting.

“Wallace is one of a very small number of men who supported the work of the Women’s Coalition since its inception,” Mingus said. She added that in 1984 he co-founded the Women’s Race, the Coalition’s largest fundraiser.

Also commended for his contributions to the community of St. Croix was Pastor Hector Gonzalez who would be honored by a road being named after him if the resolution is approved by the full Senate.

Several witnesses told the committee how Gonzalez’s 56 years of ministry made him deserving of the honor.

St. Croix resident Maricela Santos said Gonzalez opened the doors to Zion Christian Academy in 1989 and provided a faith-based curriculum to the children of St. Croix.

St. Croix resident Dina Scott said Gonzalez is more than the founder of a preschool. She has “come to see firsthand his community service efforts.” She detailed accounts of witnessing Gonzalez take in battered women who have come to knock on his door in the middle of the night and take planes to escort individuals to rehab facilities outside of St. Croix.

Scott said Gonzalez has inspired and motivated many “to feed the poor, to shelter the homeless, to teach our children, to preach the Gospel. His passion inspires to serve.”

St. Croix resident Carmen Corcino said, “Everyone that comes in contact with him stays connected, feels secure and receives a sense of love and spiritual fulfillment.”

During Hurricane Hugo in 1989, Corcino’s family, as well as several others, were allowed to stay at the church after their homes were destroyed.

“Without any reservations he provides assistance when needed. Everyone knows of Pastor Hector Gonzalez and what he has done for St. Croix providing a permanent place for worship, praise and education,” Corcino said.

She said naming the street was fitting, as the stretch of road is already referred to by many as “Hector’s Church Road, because of what he has created in that area.” Corcino said she was “extremely pleased” to see that the road may have the official name of “Route 681 Hector Gonzalez Road.”

The two resolutions now move to the full Senate for final review. 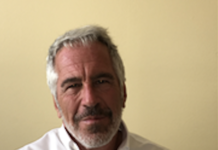