Rev. Dr. Cortroy Jarvis to Be Installed as Head of Memorial Moravian Church 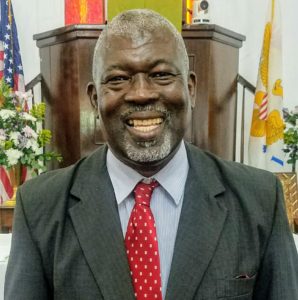 Rev. Dr. Cortroy Winston Montgomery Jarvis, a native of Antigua, has been an ordained pastor in the Moravian Church for 36 years. He was ordained a deacon on July 17, 1983. He served as chairman of the Provincial Elders Conference, which is the administrative board of the Moravian Church Eastern West Indies Province, a position which he held for 13 years, from 2007-2019, having been re-elected at Provincial Synods on three occasions (2009, 2012 and 2015). Prior to becoming chairman of the PEC, he served as secretary of the Provincial Elders Conference from 1993-2000.

Dr. Jarvis has served as president of the Moravian Caribbean and Latin American Regional Conference (MCLARC) from 2012 to November 2019. This is the grouping of Moravian Unity Provinces in Suriname, Guyana, Eastern West Indies, Jamaica and the Cayman Islands, Nicaragua, Costa Rica and Honduras as well as the mission areas of Haiti, Cuba, Peru and French Guyana.   He holds the following degrees and certificates:

He has published two books: “The Biblical Leader as Bridge Builder,” published in 2000, reprinted 2002 and “Lighting the Fire,” published in 2007. He has also written several newspaper articles on current issues, especially cricket.

Rev. Dr. Cortroy Jarvis hails from the village of Swetes. He is married to the beautiful Althea Pearline Jarvis. Their union has produced two daughters, Dacia and Danielle Jarvis.  He has a passion for Christ and compassion for people. He has a love for Christ and his desire is to serve the Lord.  He looks forward to ministering to God’s people here at Memorial and in the Virgin Islands at large.

“We are delighted to welcome the Rev. Dr. Cortroy Jarvis to the Virgin Islands and look forward to his addition to our pastoral team,” said Rev. Eulencine Christopher, superintendent.

For more information, contact the Church Office at 776-0066 or Rev. Eulencine Christopher, superintendent of the Moravian Church Virgin Islands Conference, at 713-1055.

Virtue of the Week – Kindness

As students head back to class on Monday for what will hopefully be the first full year of in-person instruction since the pandemic began, the V.I. Education Department invites the territory’s fathers and male caregivers to be an important part of the big day by taking their children to school.

Dads, Male Caregivers Invited to Take Their Children to School on Monday