One year ago, Congress transformed the field of emergency management with the passage of the Disaster Recovery Reform Act (DRRA) of 2018. These important reforms to federal disaster programs originated as lessons learned from the economic disruption and increased nationwide disaster costs caused by the historic 2017 hurricanes and wildfires.

Over the past year, the Federal Emergency Management Agency (FEMA) has successfully implemented over half of the Reform Act’s provisions, and it is on track to have more than 75 percent implemented by the end of this year. These necessary reforms acknowledge the shared responsibility for disaster preparedness, mitigation, response and recovery at all levels of government.

The reforms also represent significant changes to the agency’s programs, many of which require policy or regulatory changes to implement and sustain. As such, implementation of the law has required FEMA to act quickly, but also deliberately, to effectively accomplish the legislation’s intent — bolstering the nation’s capacity to prepare for, mitigate against and recover from major disasters.

Peter Gaynor (reprinted from The Hill) 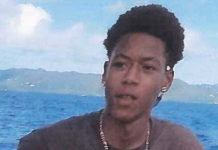