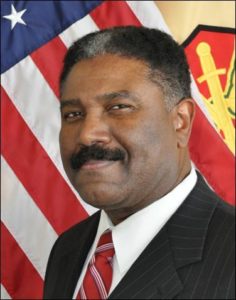 It is with great sadness that the children of Eustace Adolphus St. George Messiah Sr., announce his passing on Sunday, June 2, 2019, in Huntsville, Ala., at 66 years of age. A loving father, grandfather, brother, uncle, nephew and friend to so many, he will be forever missed.

A veteran of the U.S. Air Force, Eustace was the first of nine children and was born on Nov. 8, 1952, to Rupert Sr. and Maude Messiah (both deceased), on the island of Antigua.

Eustace enforced the value of higher education with all his children and he led by example. He earned a Bachelor’s Degree in Business Administration/ Management from Chapman University, a Master’s in Business Administration from St. Ambrose University and a Master’s in Strategic Studies from the U.S. Army War College. He was also a graduate of the Defense Leadership and Management Program and the Senior Executive Service Candidate Development Training Program.

Eustace excelled as a civilian in the Department of Defense for 34 years. As a result, he was the recipient of numerous medals to include two Superior Civilian Service Awards. He resided in multiple locations around the country including: Bettendorf, Iowa; San Antonio, Texas; and, most recently, Huntsville, Ala.

He is remembered fondly by his former spouses and mothers to his children: Zandra Petersen and Angela Messiah.

In addition to his parents, he was predeceased by his brother, Matson.

In lieu of flowers, please give a donation to the Lustgarten Foundation Pancreatic Cancer Research.