Bill Kossler
May 3, 2019
Facebook
Twitter
Pinterest
Email
This is the second in a series of stories looking into the severe failings of taxi service in the territory; how the wildly outsized influence of the taxi lobby has brought us here and what needs to happen.

The weirdly outsized power of the taxi lobby has been a joke so long it was memorialized in a 1985 game.

Not long ago, Ronnie Lockhart of St. Thomas posted a question on Facebook, taken from a 1985 V.I. version of Trivial Pursuit, asking, “Who has the most power in the Virgin Islands.” The options were: governor; senate president, president of the Taxi Association and the head of the Tourism Department. 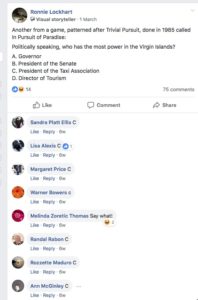 The Taxi Commission beat out the second most popular choice by more than five to one. Five, including Lockhart, said the governor while 26 picked the Taxi Association. The other two choices got only a single vote each.

Senators have long reflexively kowtowed to the taxi drivers, being much more inclined to deregulate than anything else.

Both the Legislature and executive branch agencies have a long history of bending over backwards for the taxi drivers, sometimes to the detriment of the tourism industry. Some say the clout is a holdover from times past, when many voters got to the polls by taxi and the taxi drivers were the last people to speak to the voters before they voted. That may be. Tradition holds a lot of sway. But that is not now how most voters get to the polls.

Last year, when senators tentatively considered requiring taxis to take credit cards, as do virtually all serious businesses, they backed down in the face of taxi driver opposition.

The Senate disbanded the Taxicab Commission in 2000 over missing medallions, missing money and “illegal transactions,” and chronic problems getting a quorum. But taxi drivers complained the Division of Licensing and Consumer Affairs was over-regulating them, so in 2006 and 2007 the Legislature acted on bills to reestablish the commission and take regulatory authority away from DLCA. 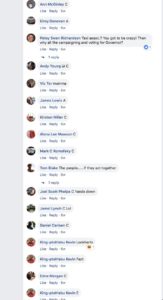 drivers to lend their taxis to anyone with a valid V.I. driver’s license and also use taxis as private vehicles, with non-medallion owners carrying friends and family in taxis, so long as they are “off duty.”

Cruise lines have been telling V.I. officials for decades now that getting water taxis or harbor shuttles to move cruise passengers around the harbor quickly and efficiently is a high priority for them. It would also improve traffic congestion. But for decades, the territory procrastinated and avoided licensing them, due to opposition from taxi drivers.

Way back in 2001, Sen. Celestino White sponsored legislation on behalf of St. Thomas taxi drivers to block marine tour operators from picking up passengers at cruise ship docks throughout the territory. The bill would have forced cruise passengers to take land-based taxis from the West Indian Co. dock to the Charlotte Amalie waterfront for marine tours. Other senators ultimately voted to kill the bill. But water taxis still did not materialize.

Gov. John deJongh Jr. made water taxis a priority at least as far back as 2012. But they didn’t happen. During Gov. Kenneth Mapp’s administration, contracts for water taxis were awarded. And Gov. Albert Bryan has heralded the shuttles as an important step forward. Yet there do not seem to be any actually in operation yet.

We need to provide better services than our competitors but we have fallen down on transportation.

Part 3: What About the Poor Taxi Drivers?

911 Service Interrupted – Call These Numbers If Necessary for Emergencies