U.S. Department of the Interior Assistant Secretary, Insular and International Affairs Doug Domenech announced he has authorized a payment of $1,000,000 to fund the FY 2019 Close Up Insular Areas Program. This year’s program will bring approximately 180 high school-aged students to Washington, D.C. from American Samoa, Guam, the Commonwealth of the Northern Mariana Islands, and the U.S. Virgin Islands — as well as the freely associated states of the Federated States of Micronesia, the Republic of the Marshall Islands and the Republic of Palau — for civic education programs alongside their peers from the 50 states. The funding will also support an additional 320 students and teachers participating in summits in the island areas.

“I am pleased to support this important program that has provided opportunities to many youth from the U.S. insular areas to visit Washington, D.C. and gain firsthand exposure to democratic institutions at the federal level,” said Domenech. “I am also pleased to note that U.S. Representative Michael San Nicolas of Guam is an alumnus of this program.”

The Close Up Insular Areas Program was first funded by the U.S. Congress in 1987 when House and Senate Appropriations Committees leadership decided to support students from the then-recently dissolved Trust Territory of the Pacific Islands. The program was expanded to include American Samoa and later the U.S. Virgin Islands. For the past 30 years, the Close Up Insular Areas Program has brought nearly 10,000 students and educators from the U.S. Territories and the freely associated states to Washington, D.C. 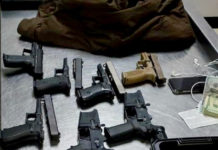 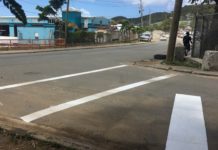