Sean Krigger, acting director of the V.I. State Historic Preservation Office, teamed up with arborist Clay Jones of Heritage Tree Care to remove dead limbs from the trees that had yet to be pruned away after being damaged during the 2017 hurricanes.

Jones said his crew worked for three days on a volunteer basis to prune the park’s trees, which include a Brazilian ironwood, tamarind, baobab and fan palm. Located in downtown Charlotte Amalie, the park is a popular venue for community events.

Last month the Virgin Islands passed the Community and Heritage Tree Law. The new law protects all public trees, which are those within the right-of-way of public roads and on publicly owned land. Anyone wishing to prune or remove public trees must apply with the V.I. Department of Agriculture for a permit.

The new law (Act 8149) aims to help preserve unusual, historically significant, large or beautiful trees as “heritage trees” and preserve green space. It also creates a process for deciding whether to prune or remove such trees. And it creates a process for removing “nuisance” trees. It applies mainly to trees in public places such as streets, monuments or town squares, but there are instances in which private property would be affected. If a tree on private property were to be designated a heritage tree, it would become illegal for the property owner to prune, remove, or otherwise damage it. An exemption would be made for cases of “overriding need” or “severe hardship” as determined by a designated arborist or government-appointed forester. 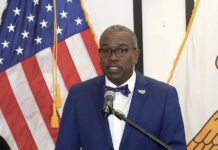