The Reichhold Center for the Arts unveiled its 38th season at its annual Business After Hours reception on Thursday, Aug. 25. Themed “The Season of Milestones,” the Reichhold Center will celebrate U.S. Virgin Islands’ Transfer Day centennial festivities, the 50th anniversary of the Virgin Islands Council for the Arts (VICA), the 65th VI Carnival and the 55th anniversary of the University of the Virgin Islands.
“We are just as excited as our founders were on Oct. 8, 1978, to bring yet another lineup of quality performers to uplift, inspire and entertain our local community,” said Denise Humphrey, Reichhold’s interim director.
The season will kick off on Oct. 8, with Grammy Award-winning singer, songwriter, record producer and actress Brandy Rayana Norwood – better known as Brandy. Her self-titled debut album, which was certified quadruple platinum in the Unites States, sold six million copies worldwide. Brandy starred in the UPN sitcom “Moesha” as the lead character for six seasons. In 1998, the duet “The Boy is Mine” with singer Moneca became the best-selling female duet of all time. Brandy’s second album, “Never Say Never,” sold 16 million copies worldwide. It featured two number-one singles and earned her her first Grammy Award.
On Nov. 5, four-time Grammy Award winner, composer, bassist and vocalist Esperanza Spalding will present “Emily’s D+ Evolution” (pronounced “d plus evolution”) – a fresh artistic vision for a daring musical tapestry. Spalding has brilliantly merged genres, pushed boundaries and created groundbreaking work. According to the “New York Times Best New Artist Grammy” profile, Spalding “has made her mark not just as a virtuoso jazz bassist or an effortlessly nimble singer, but as an exotic hybrid of the two.”
On Wednesday, Nov. 26, the V.I. Council for the Arts and the Reichhold Center for the Arts will welcome home Homer Hans Bryant and his Bryant Youth Professionals Dance Company. Former principal dancer with the world renowned Dance Theatre of Harlem, his professional credits range from command performances for the royal families of Norway and England to the motion picture “The Wiz” starring Diana Ross and Michael Jackson. Bryant is a former member of Prima Ballerina Maria Talchief’s Chicago City Ballet. His teaching and training experience include working with Canada’s mesmerizing Cirque Du Soleil productions of “Mystere,” “Alegria,” “Quidam” and “Salttimbanco.”
Ring in the New Year on Jan. 14 with Joey Alexander, Indonesian jazz pianist and child prodigy. He released his first album, “My Favorite Things,” in May 2015 at age 11. Alexander taught himself to play jazz at the age of six. He has performed for Herbie Hancock, former United States President Bill Clinton and U.S. President Barack Obama. Alexander became an overnight sensation in 2014, when he was invited by Wynton Marsalis to play the Jazz at Lincoln Center’s 2014 gala.
On Feb. 11, Fred Hammond will lead a gospel celebration at the Reichhold Center. Hammond has sold more than seven million copies of two dozen albums, both as a solo act and as a member of successful gospel groups. He first entered the scene as a bassist for The Winans. He went on to flex his vocal and production muscles as one of the original members of the group Commissioned, which released its first album, “I’m Going On,” in 1984. In 1991, he took on his first solo project, “I Am Persuaded.” Hammond has won multiple Stellar and Dove Awards, and a Grammy Award for Best Contemporary R&B Gospel Albums: “Free to Worship” in 2007 and “Love Unstoppable” in 2009. In 2012, he released his most recent LP “God, Love and Romance.”
The season will wrap up on March 25, with the “Playing Ring: Tea Party.” The Reichhold Center will bring back this award-winning series with a focus on how V.I. communities evolved through the decades. The “Playing Ring” tells the territory’s story through kaiso, dance and music. The production includes the talents of Stanley and the Ten Sleepless Knights, the St. Croix Heritage Dancers, St. Thomas Heritage Dancers, Glen “Quebena” Davis and much more.
The Reichhold Center’s 38th season is sponsored by International Capital and Management Company, VI Lottery, Innovative, Virgin Islands Daily News, TIA Associates, FirstBank, Marriott’s Frenchman’s Reef Beach Resort, Tropical Shipping and the V.I. Council on the Arts.
In keeping with past seasons, Reichhold Center will continue its Arts in Education workshops, providing students with preview performances. The center will also continue to feature services provided by students in the University of the Virgin Islands Hospitality Program.
In addition, opportunities for “Stagebill” booklet advertising, event sponsorship and season sponsorship are available for local businesses.
Interim Director Denise Humphrey is certain that this season honors the wishes of Reichhold’s founder. “The mission entrusted to the university 38 years ago by the center’s chief philanthropist and founder, Henry H. Reichhold, was simple,” she said, “Support programs that preserve and enhance the artistic heritage and cultural foundations of the Virgin Islands, the wider Caribbean and the Americas.”
For more information on the Reichhold Center 2015-2016 season, visit www.reichholdcenter.org, or contact Ian Turnbull at [email protected] or 693-1554. 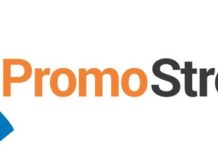 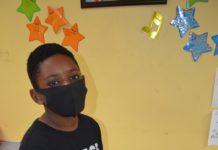 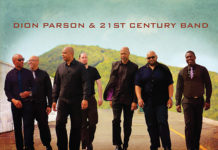