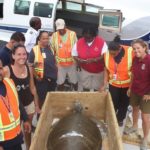 Source staff - October 26, 2016
The Nature Conservancy, U.S. Fish and Wildlife officials and volunteers all worked together over the last month or so to rescue an injured green sea turtle on St. Croix and take her to St. Thomas's Coral World. 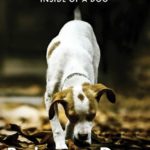 The Bookworm: Following Our Dogs’ Noses

The Bookworm - October 26, 2016
Follow your dog into the world of smells. "Being a Dog” is one great book to sniff out. 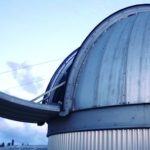 Source staff - October 25, 2016
The University of the Virgin Islands Board of Trustees approved a bachelor of science degree program in physics with a concentration in astronomy during its quarterly meeting Saturday.

Source staff - October 25, 2016
The V.I. Waste Management Authority (VIWMA) reports that its wastewater treatment plants are being impacted by the illegal dumping of wastewater at manholes in the territory. 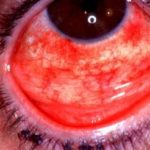 Kelsey Nowakowski - October 25, 2016
The V.I. Department of Health confirmed an epidemic outbreak of a viral eye infection known as Keratoconjuctivitis on St. Thomas.

Three Arrested for Possession with Intent to Distribute Cocaine

Douglas J. Gladstone - October 21, 2016
Major League baseball player Jabari Blash has come a long way from the days when he was picking mangoes and genips by the side of the road in Bordeaux on St. Thomas.