Two brothers – Rahkeem S. Swanston, age 20, and Zomari K. Swanston, 30 – have been arrested and charged in a July 1 shooting that left one woman injured.

According to the V.I. Police Department, at about 10:15 a.m. July 2 police arrested Rahkeem Swanston. The next day at around 10:15 a.m., his brother Zomari was also placed under arrest. Both men, of Estate Whim, were charged with third-degree assault, reckless endangerment, carrying a firearm openly or concealed, aiming and discharging a firearm, and possession of ammunition.

The Swanston brothers were identified as shooters in an incident which resulted in a woman being shot at the Walter I.M. Hodge Pavilion housing community on July 1. According to witnesses, several Black males in a vehicle entered into the housing community and began damaging a vehicle. The owner of the vehicle, later identified as 22-year-old Jahamon Bruce of Walter I.M. Hodge Pavilion, appeared on the scene with a firearm, at which time the males who had damaged the vehicle began shooting at him. Bruce returned fire, prompting the group of males to leave the area in their vehicle. 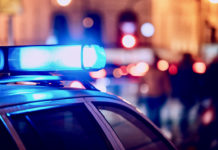 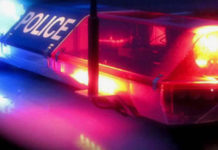