The anonymous tip service, Crime Stoppers USVI, seeks the public’s help to resolve two homicide cases that took place in the territory, one two years ago, one in 2013.

St. Thomas: On Saturday June 17, 2017, at approximately 5:54 p.m. police responded to a report of rapid gunfire on the Scottfree roadway on St. Thomas. Upon arrival officers made contact with an unresponsive, black male in the driver’s seat of a vehicle. The victim appeared to have suffered multiple gunshot wounds about the body.

EMT’s on the scene reported that the man had no vital signs and had succumbed to his injuries.

He was identified by next of kin as 32-year-old Jahkima Moore of Scottfree.

St. Croix: On July 9, 2013, 28-year-old Kenya Lawrence and her 7-year-old son, Devontae Charles, were brutally gunned down in their Estate Glynn home. At about 2 p.m. emergency dispatchers received a call reporting shots fired in the residential area on the northern side of Estate Glynn. Within 10 minutes a subsequent call reported that two injured individuals had been found in the home. According to the report, Lawrence and Devontae were in the home along with her 2-year-old twins. The toddlers were not physically harmed in the incident.

Anyone with information on the Crime Of The Week cases can call Crime Stoppers USVI at 1-800-222-8477 (1-800-222-TIPS) or submit a tip online at www.P3tips.com or www.crimestoppersvi.org. Callers will be issued a confidential PIN and are encouraged to check back frequently for reward eligibility. Information leading to the resolution of a case can qualify the caller for an anonymous cash reward. 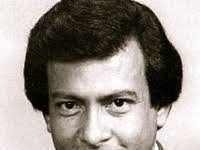