The V.I. Police Department named Edward Paul, also known as Eggnog, as a person of interest in a fatal shooting Saturday morning in front of Joanna’s Bar in La Grande Princess.

Paul is wanted for questioning in the death of 37-year-old Carlos Enrique Diaz, who was shot early Saturday outside the St. Croix bar and died of his wounds.

It was the 10th homicide on St. Croix since the beginning fo the year, the 18th in the territory.

According to the V.I. Police Department, at about 3:30 a.m. the 911 dispatcher received a report of a man down outside of Joanna’s Bar in La Grande Princesses.

The victim sustained multiple gunshot wounds to the upper torso and was transported to the Juan F. Luis Hospital in a private vehicle where he succumbed to his injuries.

According to police, Diaz was last seen with Paul, making Paul is a person of interest in the matter Police urged the community for assistance in locating him. He was described as having a low hair cut and facial hair, and wearing glasses.

Tips received by Crime Stoppers that result in the resolution of a case can qualify the caller for an anonymous cash reward.

Editor’s note: This story was edited after being posted to include information about the police naming a person of interest. 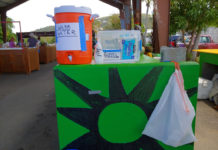 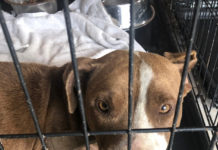