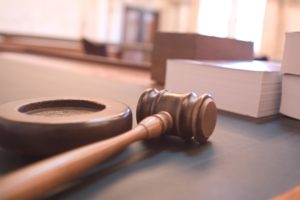 The Virgin Islands Bar Association (VIBA) recently, on May 23, 2019, concluded their 25th annual Virgin Islands High School Moot Court competition. Beginning in March, seven schools entered 12 teams to compete in the final competition that was held at the Supreme Court of the Virgin Islands in Crown Bay on St. Thomas.

The first rounds of competition were held on May 21, 2019, on St. Croix and St. Thomas, respectively. The competition began at the Supreme Court on St. Thomas as Lorna Freeman sang the National Anthem and Virgin Islands March. Eudora Kean’s appellees, KiAndre Thomas and Dorrencia Gray, were the first to defend this moot appeal against CAHS appellants, T’niya Jeffers and Jayveon Boland.

Volunteering to sit as associate circuit judges for the Moot Court of Appeals for the Third Circuit were Alex Golubitski Esq., general counsel for Brisa Max Holdings VI LLC, and Sigrid Tejo-Sprotte Esq., an assistant attorney general with the Virgin Islands Department of Justice. The presiding judge of the moot court was Senior Judge Adam G. Christian, of counsel at Ogletree, Deakins, Nash, Smoak & Stewart. Advancing to the championship round of the competition were Dorrencia Gray and KiAndrea Thomas, from Eudora Kean, and Kimorah-Lin Blackett and Kejuan Harrigan, from All Saints. Melanie Turnbull Esq. and Monique Schmidt were the coaches for Kean; Tina Comissiong, Esq. and Cleopatra Skerrit were the coaches for All Saints.

On St. Croix, the competition was at the District Court of the Virgin Islands, with local performer Lionel Downer singing the National Anthem and Virgin Islands March. Furthermore, United States Magistrate Judge George Cannon gave words of encouragement to the students before they competed.

The first set of oral arguments was made by Haysley Durand and Jayla Norman for St. Croix Central High School on behalf of the appellants and Channel John and Ashante Gregory for St. Croix Seventh-day Adventist School for the appellees. The Seventh-day team was coached by local attorney Alisha Udhwani from the Law Offices of Douglas L. Capdeville and faculty advisor Hester Philbert.

The second set of oral arguments was made by Austin Badall and Shermira Mason from Seventh-day Adventist representing the appellants and Nia Canton and Avery White from Good Hope Country Day School on behalf of the appellees. The competition ended with an argument by the appellee team for St. Croix Central High School, consisting of arguments from Patricia Zablan and Laurie Cedeno. Laurie Cedeno and Patricia Zablan from St. Croix Central High School and Nia Canton and Avery White of Good Hope Country Day School advanced to the final round of competition due to the coaching efforts of Kelvin Vidale, Close Sellers, and Joseph Bess’s at Central H.S. and the efforts of Michael Rogers and Nancy Thatcher at Good Hope Country Day.

The championship was held at the Supreme Court in Crown Bay on St. Thomas on Thursday, May 23, 2019. The opening ceremony began at 10 a.m. with Siera Boynes, of Gifft Hill School on St. John, singing the National Anthem and Virgin Islands March. Senator Barnes of St. Croix then gave her keynote address to the students, discussing the branches of government and the relations between the legislative branch of government, as the direct elected representative of the people, and the executive branch, whose primary responsibility it is to implement and carry out the law.

Drawing on her past experience as a university professor, she provided some clear insights into the mind of a legislator and the proper roles of the three branches of government. Presiding over the moot court were the Honorable Ruth M. Miller of the St. Thomas division of the District Court of the Virgin Islands and the Honorable Robert Molloy and Douglas A. Brady, judges in the St. Croix district of the Superior Court of the Virgin Islands.

During a luncheon at French Quarter Bistro, the Bar Association took a moment to honor Ernest Morris Jr., Chief Legal Counsel at the Legislature of the Virgin Islands, for his many dedicated years to the competition. Ernest was presented with a pocket watch in gratitude for his years of service keeping the moot court competition operational and effective for the students of the territory.

Please contact either Gregory Adam Thorp Esq. or Robb Kuczynski Esq. if you are interested in volunteering as a coach, as there is a meeting of coaches scheduled for June 14, 2019, at 5:30 p.m. for those on St. Thomas, St. John and Water Island.

On behalf of the entire committee, congratulations and job well done to all involved. 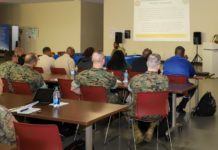 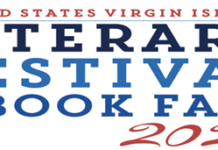