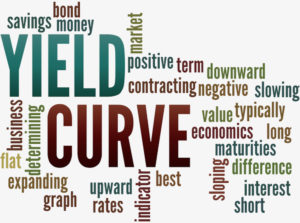 Fitch Ratings, one of the three major government bond rating agencies, specifically cited a recent bill in the V.I. Legislature as the reason it was putting the financially struggling utility on a negative ratings watch. The negative watch notice means Fitch is considering downgrading WAPA bonds from its current, already bad CCC rating.

According to a statement from Fitch, the move “reflects the ongoing prospects for additional governmental oversight of WAPA, which could adversely affect operating performance and increase the authority’s vulnerability to default.”

It explicitly states that the “U.S. Virgin Islands legislature recently approved a bill granting the Virgin Islands Public Services Commission greater regulatory and operational oversight of the authority. Despite being vetoed by the governor, Fitch’s concerns remain heightened by the scope of the legislative initiative, which includes the development of a debt consolidation and management plan and the possibility that such a plan could increase the likelihood of a distressed debt exchange.”

Fitch said it plans to make a final decision “following resolution of the prospective oversight issues, as well as receipt of the fiscal year 2019 audit.”

Twelve of the territory’s 15 senators sponsored the bill, which would give the Public Services Commission similar oversight over WAPA as its own existing governing board, among other things.

WAPA officials testified during committee hearings that the bill would not do what its sponsors hoped.

“The fundamental false premise of the proposed bill is that giving the PSC broad regulatory power over WAPA will increase the likelihood that WAPA will operate more efficiently and have a lower cost,” the authority’s acting Executive Director Noel Hodge said. “In fact, just the opposite will occur as the PSC commissioners and WAPA Governing Board fight over the limits of their power,” he said.

The Legislature has a long history of hyperactivity, enacting measures that exacerbate problems or are never implemented. (See: The V.I. Budget Crisis: Part 9, Hyperactive Legislating)

The two bills raised concerns since they both gave the PSC more power.

In his veto letter to Senate President Donna Frett-Gregory, Bryan said the bill’s directive to hire a turnaround company and provisions in the bill for additional staffing and expanding jurisdiction for the PSC are unfunded mandates that cannot be supported with the existing funds of either WAPA or the PSC.

“These issues are more complex than they appear on the surface,” Bryan said. “I vetoed the bill because it destabilizes our own assets. As I said yesterday, WAPA’s main problems are on the finance side. There are a lot of things going on at WAPA at one time, but the most precarious thing is their financial situation,” he said.