The government is considering new COVID-19 restrictions to take effect on Monday as officials struggle to get community spread of the virus under control amid the territory’s second Stay at Home order since March.

“Governor Bryan will be meeting with his COVID-19 Task Force throughout the weekend to determine the best course of action, and he will make an announcement during Monday’s press briefing,” communications director Richard Motta Jr. confirmed Friday, via email. “It is expected that he will extend the current Stay at Home restrictions, and he is considering putting in place a universal masking policy.”

The move comes as community spread of the virus continues to be the biggest threat to the territory’s recovery, with a caseload that earned the Virgin Islands a place on the front page of the New York Times this week as a COVID-19 hot spot.

There had been 14 deaths and 1,075 positive cases in the USVI as of Aug. 27 – an increase of 23 overnight – with 522 attributed to close contact and 342 to community transmission, according to Health Department statistics. Just 83 so far are linked to travel, while 128 remain under investigation.

A full 20 percent of those testing positive for the virus exhibited no symptoms, according to the Health Department, underlining the danger to the public and its vulnerable populations – such as the four Queen Louise Home for the Aged residents who died this week — of not following social distancing and mask rules.

The governor put the territory back on a Stay at Home order on Aug. 16 for a period of two weeks after loosening restrictions on June 1 that ultimately led to the current spike in COVID-19 cases. Leisure travel to the Virgin Islands was suspended Aug. 19 through at least Sept. 15.

People say, “What the heck, it’s just like the flu,” said Department of Licensing and Consumer Affairs Commissioner Richard Evangelista, in an interview on Friday. “That’s the problem. The positive numbers aren’t scaring people.”

The governor’s COVID-19 Task Force comprises personnel from Licensing and Consumer Affairs, the Fire Service, Health Department, Waste Management and the Department of Planning and Natural Resources, said Evangelista, with 20 peace officers to enforce the Stay at Home mandates under the supervision of the Police Department.

Figures for Aug. 16-22 alone reveal that the Task Force issued one citation, one written warning and shut down 21 non-essential businesses. It also has targeted four areas, all on St. Thomas, for frequent visits to remove individuals for not complying with mask and social distancing orders.

The citation was given to a St. Thomas restaurant that served patrons alcohol but no food. That business is now closed pending a settlement hearing with the COVID board. The warning was issued to a St. Croix restaurant for serving alcohol before the diners had received their meals. Under the governor’s latest order, restaurants may offer take-out service only, and patrons may purchase an alcohol beverage only when they purchase food.

Going forward, “we’re not giving any more warnings, we’re giving citations,” said Evangelista. “It’s a public health state of emergency,” and the VIPD and Health Department have the authority to close establishments that break the Stay at Home rules. Violators face closure for 30 days and administrative fines.

Those who break the mask rules face fines of $50 for the first offense and $100 for each additional infraction. The penalties also extend to boaters, who may be assessed up to $10,000 for each incident of not maintaining 12 feet between vessels, largely to prevent “rafting up” parties that could turn into virus super-spreaders.

“Where we have an issue is that people claim they don’t know [the rules], which is of course untrue,” said Evangelista, who noted the current Stay at Home Order is stricter than the first when it comes to what services are considered essential.

Furniture stores, for example, are not considered essential this time around, though Evangelista said he has fielded plenty of complaints from those and other businesses.

“We never shut them down,” noted Evangelista. “What we said is ‘no foot traffic.’ This is 2020 – use the website. Send the pictures and do Facetime.”

The rules apply to other gatherings, too. “Private parties at home? People shouldn’t be doing it. … Nobody has been allowed in my house since COVID-19 because if we don’t sleep together, and you don’t know my schedule,” the risk is too high, said Evangelista. “This is a time to stay by yourself.”

People not living in the same family unit should stay 6 feet apart and wear their masks properly – not below their nose, he said. “That is one of the few proven ways to prevent the spread.” 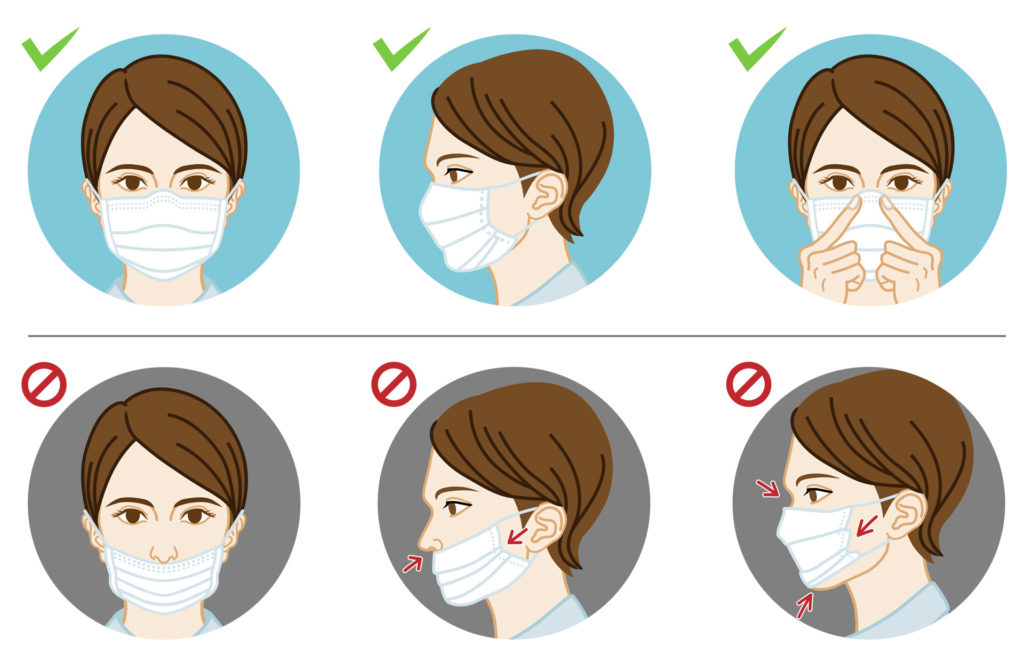 “People are trying, they’re getting better, but I think we have to institute a mandatory mask in public order,” said Evangelista. “Hey community, it takes a village to raise a child. That’s literally what we are doing” to eliminate potential sources of the virus spread.

Also consider those working to contain COVID-19, he said, such as the peace officers. “They endanger their life if they have to visit a place three times for the same violation,” said Evangelista.

As for those businesses that complain they are losing money, the commissioner urged them to consider the difference between wealth and health.

“Wealth can come and go. … When you lose your health, you are six feet below,” he said. “Mask it or casket.”