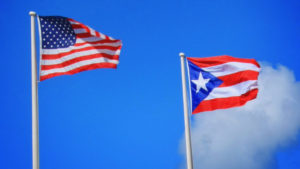 The United States Court of Appeals ruled Friday that a Puerto Rican resident can keep $28,000 in disability benefits, rebuffing the United States government’s attempt to recoup the amount in a victory hailed as a win for persons with disabilities living in territories like the Virgin Islands.

“While we respect the legislature’s authority to make even unwise decisions to purportedly protect the fiscal integrity of SSI and the federal government itself, the Fifth Amendment does not permit the arbitrary treatment of individuals who would otherwise qualify for SSI but for their residency in Puerto Rico,” wrote appellate Judge Juan Torruella, who wrote the opinion for the First Circuit.

The case revolves around Jose Luis Vaello Madero, a U.S. citizen who moved to Puerto Rico in 2013 to care for family after living in New York for 28 years. While a New York resident, Madero received Supplemental Security Income, a federal benefit for blind, elderly or disabled persons earning less than $750 per month. Three years after moving to Puerto Rico, Madero received word from the Social Security Administration that he was no longer eligible for SSI, and in 2017, Social Security filed a civil suit against Madero to recover more than $28,000 in SSI benefits.

Both Madero and the U.S. government filed for summary judgment in District Court for the District of Puerto Rico. When Madero won, the government appealed in the First Circuit which issued the key ruling on Friday.

Madero’s plight is familiar to Virgin Islands residents who, by living in the territory, forgo privileges and benefits otherwise available to residents of the 50 states, including the ability to vote in the presidential elections and having a congressional representative who can vote beyond a House committee.

The SSI benefits, in particular, are available to U.S. citizens living in the states, defined by the Social Security Act as the 50 states and the District of Columbia. The Northern Mariana Islands received SSI coverage in 1976 as part of its covenant to enter the United States. Puerto Rico, the U.S. Virgin Islands and Guam are excluded, while American Samoa is not eligible.

The U.S. government premised the lawsuit against Madero in part on the island’s unique tax status, that “residents of Puerto Rico do not, as a general matter, pay federal income taxes.” Madero responded that Puerto Rico’s tax status has nothing to do with the exclusion of Puerto Ricans from SSI benefits, adding that eligibility under the program does not consider an individual’s tax payment history and individuals earning income low enough to qualify for SSI will not be paying federal income tax “regardless of where they reside.” Siding with Madero, the First Circuit noted that the SSI program is disbursed without regard to an individual’s historical residence and funded by appropriations that are not earmarked by state or territory.

The court also noted that not only did Puerto Rican residents make substantial contributions to the federal treasury, it made consistently higher payments than taxpayers in at least six states, as well as the Northern Marianas. Before the 2006 recession, Puerto Rico contributed more than $4 billion annually in federal taxes and impositions, the court noted.

The U.S. government also pointed to the costs of extending the SSI program to Puerto Rican residents. Invoking the Territorial Clause in Article 4 of the U.S. Constitution, the government claimed that precedent allowed the differential treatment of Puerto Ricans, an argument that convinced neither the Court of Appeals nor the court below. According to the First Circuit, while the court can defer to the government’s fiscal decisions that “improve the protection afforded to the entire benefitted class,” excluding an entire segment of the would-be-benefitted class is a different story.

Of note to the Virgin Islands is the comparison drawn between the Northern Marianas, a territory covered by SSI, and Puerto Rico, which is not. Aside from where they live, residents of Puerto Rico and the Northern Marianas have common legally relevant characteristics: both groups are low-income and low-resourced, elderly, disabled or blind, and are generally exempted from paying federal income tax. These shared traits, which undermined the government’s arguments in the eyes of the First Circuit, easily apply to otherwise eligible low-income Virgin Islanders who are blind, elderly or living with a disability.

The fact that Congress extended SSI benefits to Northern Mariana residents also suggest that the Legislature recognized the importance of the program to territories, according to the court.

“The authority to treat the territory of Puerto Rico itself unlike the states does not stretch as far as to permit the abrogation of fundamental constitutional protections to United States citizens as Congress sees fit,” Gelpi noted, saying the Social Security Act’s withholding of SSI benefits from a low-income disabled citizen simply because he resides in Puerto Rico creates a “citizenship apartheid,” an “impermissible second-rate citizenship” that amounts to Congress switching off fundamental rights.

While the First Circuit decision is non-binding on the Third Circuit, which covers the Virgin Islands, federal circuit courts historically look to the other circuits’ decisions. The U.S. government is expected to take the case to the U.S. Supreme Court.

A Eulogy for Jean Greaux Jr.

A Taste of STX is New Again

Limpricht Park on King Street in Christiansted will be home to “Light Dem Up: Festival of Trees.” Friday, from 7 to 9 p.m., the park will be alive with holiday lights for the “Ah Glow in De Park” virtual tree lighting. #visource #usvi ... See MoreSee Less