A St. Thomas man was treated at the Schneider Regional Medical Center for gunshot wounds he received early Monday in the Hospital Grounds area.

According to V.I. Police Department, at 2:11 a.m. Monday the 911 emergency call center dispatched officers to “Glass Bottle Alley” in Hospital Ground regarding a gunshot victim. The officers found the victim, a black male whose name was not released, on the sidewalk. The victim suffered two gunshot wounds and was transported to the Roy Schneider Hospital for treatment.

The victim reported that he was walking in the area known as “Jah Yard” when an unknown gunman dressed in black shorts, black T-shirt with a black colored cloth covering his face emerged from behind a galvanized fence and discharged multiple shots in his direction. 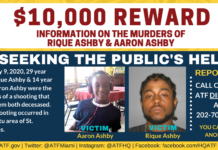