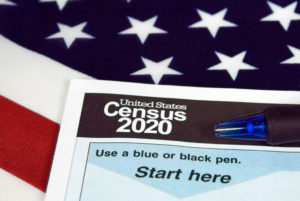 Work on the 2020 census remains stalled in the Virgin Islands because of efforts to control the spread of the novel coronavirus, but officials are hopeful they can complete the work by a late September deadline.

On Friday, Frank Mills, local head of operations for the St. Thomas-St. John District, told the Source that a temporary halt to field work has been extended from April 6 to April 30.

Earlier, Gov. Albert Bryan Jr. extended his stay-at-home order until the end of April, but it was unclear until Friday whether the census operations, which are being handled by the University of the Virgin Islands, would comply. Census officials dodged inquiries from the Source during the week.

“As late as today, we were not quite sure what would be happening,” Mills said. But at a university staff meeting on Friday morning, UVI President David Hall made it clear that university programs will observe the April 30 extension.

Mills said field workers and other staff were notified Friday that they will not resume work on Monday. He said they will continue to be paid through April 30. Office staff is working from home and field workers are furloughed.

Disruption of the census is more of an issue for the territories than the rest of the country. On the mainland, the census is being conducted primarily over the Internet and through traditional mail service, using a “short form.” Person-to-person contact is already at a minimum.

But populations in most territories, including the Virgin Islands, use a longer form that requires in-person interviews. Hundreds of temporary employees are hired as field workers to go house to house to survey residents over the course of several months.

Mills said there are about 150 field workers on St. Thomas and “over” 100 on St. Croix. There is a much smaller number for the less populous St. John, but he was unable to give an exact figure. Those numbers were lower than anticipated, he added.

In fact, they are considerably lower. In an interview in January Daniel Doyle, the federal census employee who is the census advisor for St. Thomas-St. John, told the Source the bureau expected to hire as many as 1,600 field workers – 800 in each district.

Mills said he did not think the relatively low response to recruitment efforts was due to fears of the coronavirus since the bureau began hiring well before the virus and the disease it causes, COVID-19, was recognized as the threat it has become. He pointed to another factor: The “out migration” of V.I. residents that took place after the 2017 hurricanes and which is believed to have lowered the population.

The official start of the census throughout the country was March 1. Congress requires all jurisdictions to report their results to the president no later than Dec. 31, 2020.

Plans called for field work in the territory to be completed by early September, so personnel could compile and organize data by the end of September, Mills said.

With continuing uncertainty about the progress of the pandemic, “all of that now is subject to what happens,” he noted.

However, he has no doubts that the census, and the federal funding for it, will continue sometime this year.

“There’s no indication that the process will be stopped,” Mills said, adding that in the Virgin Islands the census office will notify the public when field work begins again.

The nationwide count is made very 10 years. Census data is used by governments, researchers, nonprofit organizations and others in a variety of ways, including determinations about federal funding for various programs.

If people don’t cooperate, it hurts the entire community, Mills said, urging support from the public.