Julian “The Hawk” Jackson was inducted into the International Boxing Hall of Fame in Canastota, New York, on Sunday, June 9.

“As the chairman of the Committee on Youth, Sports, Parks and Recreation, I found it fitting for me to support this amazing Virgin Islander. A series of events took place from June 6-9 by the International Boxing Hall of Fame for eight Inductees, which included Jackson” said Sen. Javan E. James.

It was a great moment when they called Julian “The Hawk” Jackson’s name at the Hall of Fame Induction Weekend “Banquet of Champions” on Saturday, June 8, 2019, at the Turning Stone Resort. The voices of all Virgin Islanders who were in attendance echoed loudly throughout the room as they called Jackson to the stage. The Department of Tourism was a proud sponsor of this week’s International Boxing Hall of Fame Program.

“The USVI logo was displayed on the admission tickets, billboards and booklets. Jackson’s family, Commissioner Nominee Calvert White (Sports, Parks and Recreation), Luana Wheatley (Department of Tourism) and Kevin Rodriquez (Office of the Governor) were present at the 2019 Induction Program,” said James. 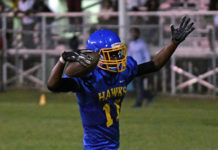 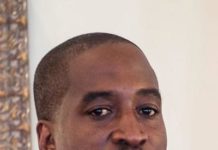