AT&T* is committed to keeping its customers and FirstNet subscribers connected during the upcoming hurricane season. With nearly 30 years of experience responding to large-scale events, the company has proven time and time again that it is ready and prepared to restore and maintain service if disaster strikes.

This year, the company is accomplishing this like never before. It has prepared with a fleet of equipment that can be quickly deployed before, during and after any storm. Plus, public safety agencies on FirstNet – the only dedicated communications network platform purpose-built for first responders – also have 24/7 access to a nationwide fleet of dedicated deployable network assets, helping them connect to the critical information they need.

“Staying connected during severe weather events is critical,” said Scott Mair, president of operations, AT&T Technology & Operations. “In the last few years alone, we have responded to countless major storms and other natural disasters. Our people are experienced, constantly perfecting the process and are ready to respond at a moment’s notice.”

Response equipment we use in the wake of an event:
Mobile cell sites and mobile command centers, like Cell on Wheels (COWs) and Cell on Light Trucks (COLTs)
Emergency Communications Vehicles (ECVs)
Flying Cell on Wings (Flying COWs)
Drones

A self-sufficient base camp that is complete with sleeping tents, bathrooms, kitchen, laundry facilities, an on-site nurse and meals ready to eat (MREs).
Hazmat equipment and supplies.
Technology and support trailers to provide infrastructure support and mobile heating ventilation and air conditioning.
Internal and external resources for initial assessment and recovery efforts.

The team has spent more than 145,000 hours in the field over the last 25 years. It has invested more than $650 million in the Network Disaster Recovery program (NDR), making it one of the nation’s largest and most advanced.

Prioritizing first responder communications:
AT&T* knows how critical communications are to rescue and recovery efforts. That’s why it partnered with the First Responder Network Authority (FirstNet Authority) – an independent agency within the federal government – to deliver the FirstNet communications platform to public safety. FirstNet gives first responders the unthrottled connectivity they need, no matter the emergency.

Priority and Pre-emption: In emergencies and disasters, commercial networks can quickly become congested. That’s why FirstNet is the only nationwide platform that gives first responders always-on priority and pre-emption. It puts them at the front of the “communications line,” prioritizing their access to the network.

Greater Command and Control: Public safety agencies have access to 75 mobile cell sites that link to FirstNet via satellite and do not rely on commercial power availability. And, to give first responders greater command and control of their network, the FirstNet Response Operations Program aligns with the National Incident Management System to better guide the deployment of these assets.

Enhanced Coverage and Capacity: AT&T also deployed FirstNet Band 14 spectrum across 600+ markets nationwide. Band 14 is high-quality spectrum provided by the FirstNet Authority with special capabilities just for public safety. During an emergency, this band can be cleared and locked just for FirstNet subscribers. That means only those on FirstNet will be able to access that spectrum, further elevating their connected experience and emergency response. When not in use by FirstNet subscribers, AT&T customers can also enjoy Band 14’s added coverage and capacity.

To learn more about the value FirstNet is bringing to public safety, check out www.FirstNet.com. 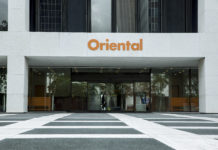 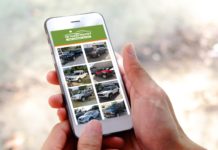