Bernetia Akin
March 4, 2019
Facebook
Twitter
Pinterest
Email
A nearly decade-old effort to modernize the territory’s address system and make it GPS-accessible is getting a boost from the Federal Emergency Management Agency.

When the program was proposed in 2009, V.I. officials said standardized addresses would make it easier for everyone to locate businesses and residences, greatly aid 911 responders, and speed help in an emergency. 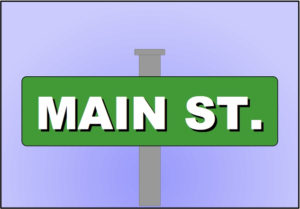 “FEMA acknowledged after the storms that it should be a priority,” said project manager Chris George, the V.I. government’s Geographic Information Systems coordinator. The Source contacted George last week to ask where the project stands.

The federal assistance is coming in the form of a Hazard Mitigation Grant, a category designed for large scale infrastructure projects.

The award is “close to $6 million,” George said. It will be used to erect street signs and markers.

Before that can happen, the local government has to identify all the territory’s roadways and byways and the structures that line them. It has to name those roads that don’t already have names – perhaps as many as 20 percent of them, according to George – and rename a few that are duplicates. And it has to give street addresses to many structures that currently have only area numbers tied to the Estate system left over from colonial times.

The government launched a pilot program in 2013 in three areas: the historic district of Charlotte Amalie on St. Thomas, a portion of Cruz Bay, St. John, and Estate Mon Bijou on St. Croix.

“We went through the process,” George said. That included soliciting suggestions for names of streets that didn’t have them, working with community organizations, area residents and the public at large. Field workers visited homes and alerted property owners to any changes of address.

“I’ve seen how it can work,” George said, describing the pilot project as successful. However, it involved such a small area that the changes haven’t yet been recorded on area maps.

The project left the public eye after the pilot was completed, but according to George it was not abandoned.

“UVI is a continuing partner,” he said, in reference to the University of the Virgin Islands Eastern Caribbean Center.

GIS, which is housed within the Lieutenant Governor’s Office, also relies on cooperation with many government entities, most notably the Departments of Planning and Natural Resources, Public Works, Property and Procurement and the Housing Finance Authority.

“Land is always being developed,” George said. And each new subdivision means the task expands.

Since the project began, George said there have been “probably 15 to 20” large scale developments constructed in the territory. Each of them involves 50 or more parcels and the creation of new streets which can be numerous, “especially when you get into the more hilly regions.” All the streets need names; all the homes need addresses.

And it’s not just streets that need designations.

“Anything that gets you somewhere that has someone living on, we have to get an address,” George said. That means things like the old public stairways linking various levels of a town will need to have names.

Before the storms struck, George said the government had developed the “bridge phase” or phase two of the project and identified funding for it. The bridge phase involves Frederiksted and Christiansted on St. Croix and the remainders of Charlotte Amalie and Cruz Bay that were not in the pilot phase – “basically, all the urban areas” of the territory.

For the past year, “we were focused on getting the FEMA (grant) application ready,” George said. Now, the office will get back to the hard work of modernizing V.I. addresses.

George said once his office is ready to engage the public again in the effort, as it did with the pilot project, there will be a massive public awareness campaign.

As old as the current project is, it is not the first time the government tried to establish a more conventional system of addresses in the Virgin Islands. There was at least one other attempt in the early 1990s, led by Public Works. When the current effort was started, government officials described the earlier attempt as somewhat successful.

One day, back in January or February, Gregory Guannel was on St. Croix when he got a stark reminder of why his work is important.
Read more
Local news

A Senate panel sat down on Tuesday for an update on the territory's public schools, but the officials from the Department of Education, who were expected to provide the update, did not attend.
Read more