The Virgins Islands rounded out its play in the final FIBA World Cup Qualifying Window with a 64-59 victory over Chile on Sunday at UVI Sports and Fitness Center.

In the early going Devon Peltier hit two three-pointers to lead the Virgin Islands to a 10-4 lead. Chile recovered and took a 13-12 lead with around four minutes to go in the first quarter . The Virgin Islands scored the game’s next six points but held only an 18-15 edge at the end of the initial period.

In the second quarter, Chile overturned the deficit took its lead as high as six, but the Virgin Islands battled back and made the score, 31-30 at the halftime break.

Chile scored the second half’s first eight points, but the Virgin Islands responded, and trimmed the deficit to one, 44-43, with just under three minutes remaining in the third quarter. Chile rounded out the quarter by scoring three more points and taking a 47-43 lead into the final period.

The game was deadlocked at 51 when Kitwana Rhymer hit a lay-up with just over five minutes to go and a Peltier jump shot gave the Virgin Islands a two point lead with 4:45 left in the game, forcing a timeout by the Chileans. The visitors hit a pair of free throws to tie the game once again with just under four and half minutes to go.

After that Sebastian Herrera hit a lay up on two straight possessions, converting the second with a foul, giving Chile a 58-53 with just under three minutes remaining.

The final three minutes were dominated by Georgio Milligan, who hit four straight free throws to bring V.I. back to within one with 1:44 to go. The home squad got a defensive stop on the next possession and Milligan hit a jumper and the V.I. was up 59-58, with 1:15 remaining. The team forced a turnover and Milligan got to the line once again, where hit both free throws, giving the V.I. a 61-58 lead with just over 40 seconds to go.

Chile split a pair of free throws and the Virgins Islands lead was trimmed to one with 38 seconds to go. Milligan then got an offensive rebound and hit the layup and the home team hung on to secure the 64-59 victory.

Key contributors for the U.S. Virgin Islands were Milligan, who had 25 points, and Peltier, who scored 12. 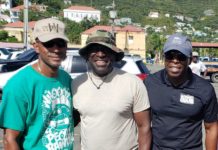 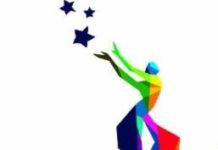 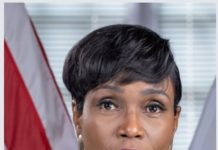