In the 16 months after the 2017 hurricanes, the U.S. Virgin Islands has spent roughly $722 million in disaster funds so far, spread across various local government agencies, and the Federal Emergency Management Agency has obligated $894 million for approved projects, according to Finance Commissioner Nominee Kirk Callwood.

Callwood updated lawmakers Tuesday during the Senate Finance Committee hearing in the Earle B. Ottley Legislative Building on St. Thomas.

The spent funds and obligated amounts add up to $1.6 billion in disaster recovery money slated for roughly 1,000 projects, half of which are still going through the inspection and approval process, according to Callwood. The $894 million may not be immediately available for drawdown, Callwood said, adding that FEMA sometimes obligates funding before construction begins or costs are incurred.

A large chunk of the spent amounts – roughly $429 million – went to restoring the territory’s decimated power grid. The Haugland Energy Group, one of the companies working with The V.I. Water and Power Authority on emergency and permanent restorations, received about $337 million so far in payments, according to Callwood. Another $58 million went to BBC Electric, $15 million to PECO International, $10 million to American Wire Group and $9 million to Electric Supply of Tampa.

AECOM, the multinational engineering and consulting firm, was paid about $112 million through the V.I. Housing Finance Authority for construction and management of FEMA’s Sheltering and Temporary Essential Power, or STEP, program. Another $78 million went to AECOM for the construction of the modular classrooms for the Department of Education.

The rest of the spent funds, some $23 million, were spent on waste management and debris removal by various local companies.

The Senate discussion occurs against a backdrop of disgruntled construction workers decrying payments delayed for weeks or months, and the lack of clarity on which companies are accountable to which workers. Under AECOM, for instance, are several tiers of contractors hiring ground crews, many of whom do not even have contracts with the companies directly hiring them.

The Virgin Islands government will also begin repaying some $215 million in Community Disaster Loans in April if the local government does not apply for an extension, the governor’s finance team told lawmakers Tuesday. While the central government has used up all of its $145 million in CDL funding, the Juan Luis Hospital still has $2 million to draw down before the March 31 deadline, while Schneider Regional Medical Center has $9 million.

The April repayments would reflect interest accrued since the loan’s issuance. 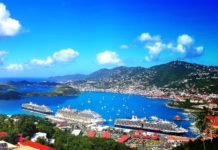 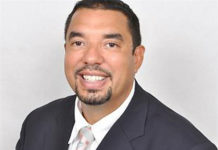