What the Candidates Say About Climate Change 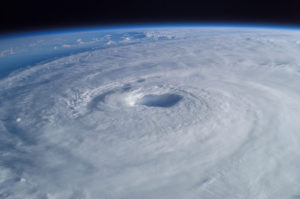 In this series, the Source introduced the community to the platforms of the candidates for governor and gauged their approaches to issues in the territory. The Source sent each gubernatorial team a set of questions earlier this summer and ran the answers in the order in which each candidate responded. The Source invites comments on these articles, in the hopes of creating a dialogue among voters. This story covers all of the candidates’ answers to the tenth question to allow for easy comparison across candidates. The answers below are ordered per the ballot position of each candidate.

The Source: What will you do to mitigate the effects of climate change on the territory?

On taking office, I established the Office of Climate Change, which recently expanded to include a council of experts actively working to develop strategies to mitigate damage from rising sea levels and future storms. The council is hosting its inaugural meeting this month. Additionally, climate change was a focus of our Hurricane Resiliency Task Force and we will be implementing many of the advisory group’s recommendations. You can read more about the success of the Task Force and how our plans to introduce more solar and wind renewables will lower VI energy bills (while reducing carbon emissions) in the October 14, 2018, edition of USA Today.

Mr. Donastorg did not supply answers to What The Candidates Say questions.

There is still debate as to whether the earth is in a natural cycle of warming. Nevertheless, we must be proactive in regard to our sensitive environment.

For electricity production, we need to move away from fossil fuels in the Virgin Islands and develop more renewable energy such as solar and wind, both of which we have plenty of. We recently had solar energy consultants tour the islands and speak on radio shows and at a community meeting to discuss how quickly and cost effectively we can transition to solar energy.

We have lost a lot of trees from the hurricanes. Replanting those trees is very important.

It has been scientifically established that air travel leaves a huge carbon footprint. We will require more videoconferencing for government officials, which would also be less costly than the frequent flights between the islands for routine matters.

Since vehicle transportation is said to contribute to one of the largest percentages of greenhouse gas emissions, we will also promote more car-pooling and efficient, reliable, and timely public transportation.

As the former chair of the Legislature’s Committee on Economic Development, Agriculture and Planning, I convened a hearing to delve into this very matter. We must harden our infrastructure to mitigate against the ill effects of climate change. However, we must play our part in reducing CO2 gases and reduce our carbon footprint by seeking more green energy for our energy systems. The Virgin Islands can be an example with green energy and our administration will improve solar energy use, work toward replacing fossil fuel cars with electric cars and increase the territory’s recycling efforts. It is imperative to reduce the amount of paper, plastic, metal and glass that ends up in our landfills.

The Virgin Islands has been exploring the conversation of climate change mitigation and adaptation for at least 10 years now. What is missing is the integration of the science into the day-to-day decision making of the government. For example, the review of Coastal Zone Management permit applications should include preparedness for anticipated sea level rise. The hazard mitigation planning should include stormwater management in anticipation of intense periods of rainfalls. The Department of Agriculture should have water reservoirs in place to alleviate water shortages for farmers during prolonged droughts. The concept of a climate change council should be retained with the composition of that council including individuals who are knowledgeable about how to make scientific information more actionable by our government.

I would continue and expand the initiative currently underway at the health center that I head. This initiative is public outreach and awareness of the impact of climate change on human health, throughout the territory. Additionally, I would support community collaborations with the extensive work underway at the University of the Virgin Islands, in conjunction with national and international institutional partners, to assess and forecast the potential impact of sea level rise on our coastal zones, as well as the potential for extended periods of drought, wind storms and more intense storms. Given the significant potential impact on the territory’s physical, health and economic infrastructures, potential mitigation efforts will include strengthening building codes; strengthening the infrastructure for all telecommunication, telephone and electrical infrastructure; ensuring a culture of community awareness; and incentivizing the reduction of the carbon footprint among residents and visitors.”

We can contribute by reducing the carbon footprint of the USVI government and making sure our laws provide incentives for our residents to do the same. We can also recognize the adverse changes that are not under our control and work to make adjustments.