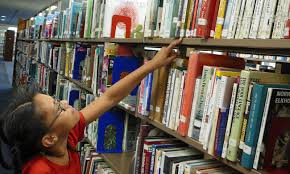 Eleven of the territory’s public schools received grants of up to $75,000 in the second round of 2017 Disaster Relief Initiative grants awarded by the Laura Bush Foundation for America’s Libraries. Grants totaling more than $1.3 million were distributed to 38 school libraries that were damaged last fall in natural disasters in Puerto Rico, the U.S. Virgin Islands, Texas, California and Florida.

“One of our goals is to foster literacy for all students. We also want our students to develop a love and appreciation for reading, which will improve their literacy and communication skills to include writing and even speaking. Reading also helps develop children’s imagination and creativity,” said Principal Daphne Gonzalez-Thomas of Yvonne E. Milliner-Bowsky Elementary School. “Ultimately, reading builds comprehension skills which can help students to become academically successful. This grant will be very instrumental in helping us to achieve our reading goals by allowing us to purchase new reading books.” 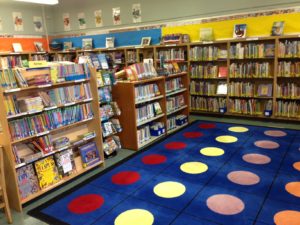 Milliner-Bowsky Elementary was awarded $60,000 to replace and replenish its school library book supply. Each school is responsible for ordering and procuring the books it wants for the school library. The billing and shipping costs will then be paid by the Laura Bush Foundation to the vendor.

“As a former librarian, I know school libraries are important to improving student achievement, and with the second round of grants from the 2017 Disaster Relief Initiative, these schools can start on the path to full recovery,” said Laura Bush. “To everyone affected during last year’s natural disasters, you have support from neighbors across the nation. Your hard work and can-do spirit ensure that your cities and schools will thrive again.”

In response to a shattering season of storms and wildfires, The Laura Bush Foundation for America’s Libraries established the 2017 Disaster Relief Initiative to help rebuild school libraries that were damaged or destroyed in recent natural disasters. In January, the Foundation initially awarded over $850,000 to 17 school libraries affected by Hurricane Harvey. With the second round of 2017 Disaster Relief Initiative grants, it has now awarded over $2 million to school libraries devastated by the storms and fires that ravaged schools around the country last fall. 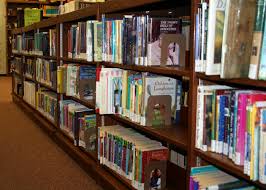 The 2017 Disaster Relief Initiative is the second time the Laura Bush Foundation has assisted in disaster relief efforts. The “Gulf Coast School Library Recovery Initiative,” created and raised as a separate and special fund, helped rebuild school library collections affected by the devastation of hurricanes Katrina and Rita in 2005. The Foundation awarded nearly $6.5 million in grants to 124 schools in the Gulf Coast area between 2006 and 2012.

For more information on how to support the 2017 Disaster Relief Initiative, please visit www.laurabushfoundation.org.

The Laura Bush Foundation for America’s Libraries provides grants of up to $7,000 to the nation’s neediest schools so they can extend, update, and diversify the book and print collections in their libraries with the goal of encouraging students to develop a love of reading and learning. Since its inception in 2002, it has awarded over $14.3 million to more than 2,700 schools across the country.

The first lecture series will focus on the coronavirus. “The COVID-19 Pandemic: Its Epidemiology, Pathology and Psychosocial Impact on Our VI Community” will be streamed live.
Read more
Schools

Appointments were made for over 160 employees to receive their vaccinations. UVI President Dr. David Hall and UVI Provost Camille Mckayle, Ph.D., were among the UVI employees to be vaccinated last week.
Read more
Schools

Breakfast and lunch will be available for pick up at 9 a.m. at all distribution sites, Monday through Friday, until supplies last. The feeding initiative does not operate on holidays and weekends. Starting date is now Monday, Jan. 25.
Read more