Weather System May Bring Rain to the Territory

The U.S. Virgin Islands may receive some heavy rain in the next few days from a broad area of low pressure about 250 miles north of the northern Leeward Islands.

In its 5 p.m. AST update Friday, the National Hurricane Center said the system is producing disorganized showers and thunderstorms, mostly to the east of the surface low, as it moves west northwest at 15 to 20 miles an hour. 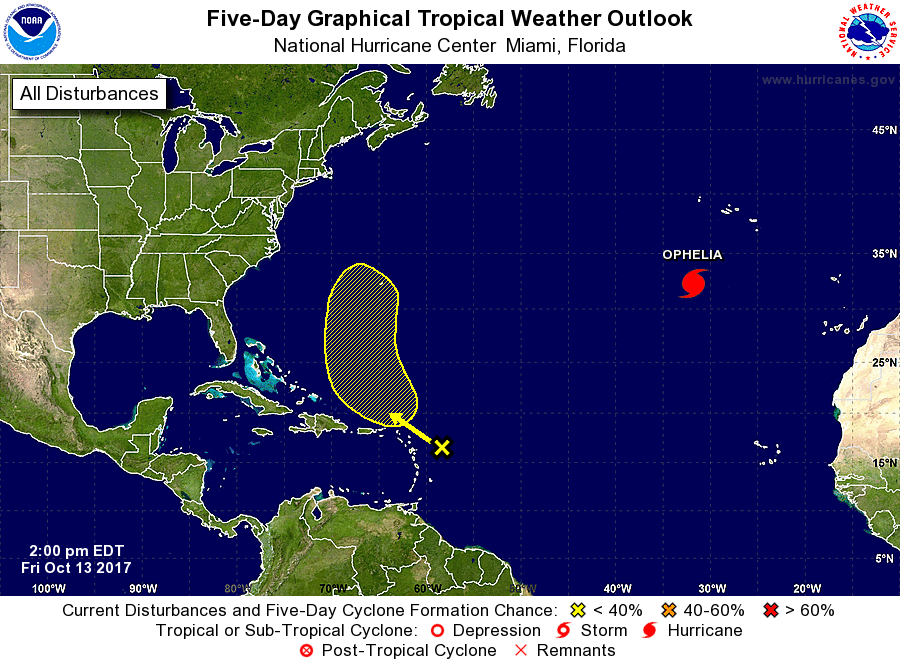 Winds are not expected to be conducive for significant development during the next couple of days.

The system is expected to pass near or north of the Leeward Islands and the Virgin Islands.

Hurricane Ophelia, a category 2 storm that began off the African coast and spun northwest and then northeast, is out over the Atlantic and threatens no one until, possibly, it approches Ireland in five or six days.

Three Venezuelan men caught with cocaine off the coast of St. Croix were sentenced Monday in court, prosecutors said.

Algler Rodriguez-Boadas, 21, Johan J. Pacheco-Lezama, 34, and Henry Gonzalez-Noriega, 48, Venezuelan nationals apprehended at sea off the coast of St. Croix, were sentenced on one count of conspiracy to possess with intent to distribute cocaine while on board a vessel subject to the jurisdiction of the United States, said U.S. Attorney Delia L. Smith in a news release.