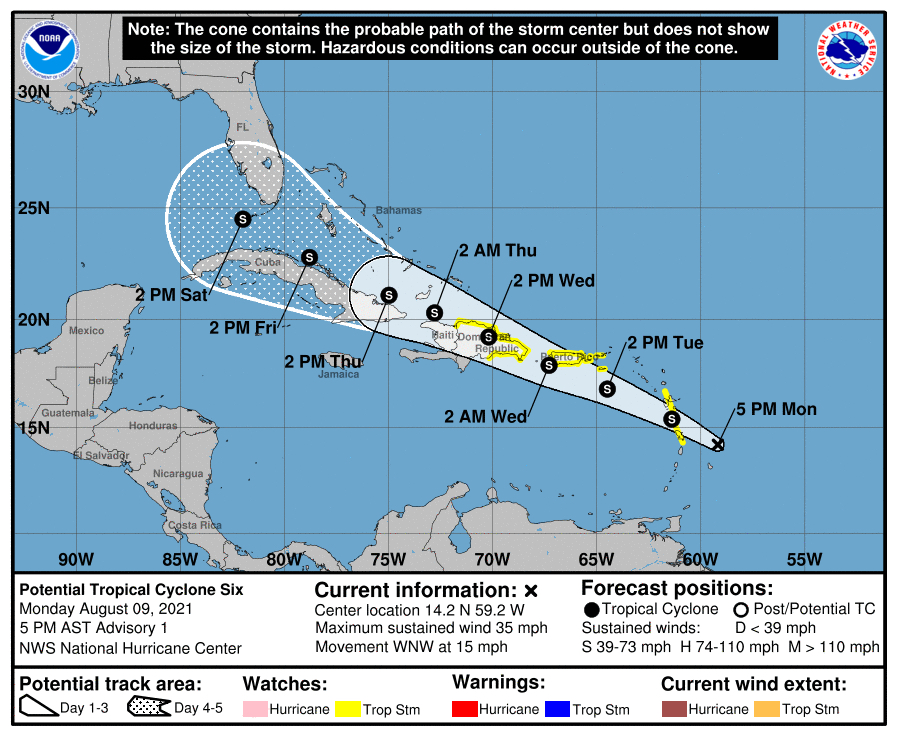 A tropical storm watch is in effect for the U.S. Virgin Islands and adjacent islands, according to a news alert issued at 5 p.m. AST by the National Hurricane Center as a tropical system known Monday afternoon as Potential Tropical Cyclone 6 threatens to become a tropical storm as it moved through the Lesser Antilles Monday night.

A tropical storm watch means tropical-storm-force winds are possible somewhere within this area within the next 48 hours.

At the 5 p.m. update, the NHC reported maximum sustained winds of 30 mph, with a minimum central pressure of 1010 mb.

Tropical storm conditions are possible in portions of the southern Leeward Islands tonight and Tuesday and in the Virgin Islands and Puerto Rico beginning Tuesday afternoon, and in the Dominican Republic by Wednesday, the NHC said.

Heavy rainfall could lead to flash, urban, and small stream flooding and potential mudslides across the U.S. Virgin Islands and Puerto Rico. The greatest threat for flooding impacts will be across the eastern and southeastern portions of Puerto Rico, according to the forecast.