Tropical Wave Could Bring Rain as it Passes Through Windward Islands 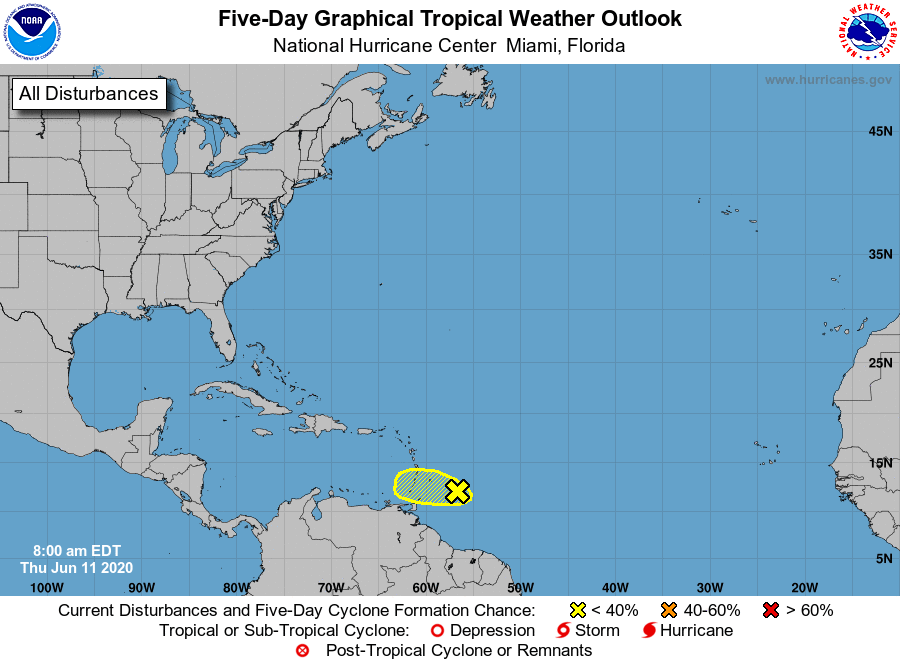 A well-defined tropical wave located about 275 miles east of the Windward Islands Thursday morning continued to produce disorganized showers and thunderstorms and might bring rain and high seas as it passes through the southern Caribbean Sea, according to the National Hurricane Center.

In an 8 a.m. Thursday weather outlook, the NHC said significant development is not anticipated due to inhibiting environmental conditions, some areas of heavy rain and gusty winds are possible across portions of the Windward Islands.

Islands later Wednesday through early Friday while the wave moves westward at 15 to 20 mph.

The NHC gave the system only a 10 percent chance of formation through the next five days. No other systems were reported organizing in the Atlantic basin as of Thursday.

“I actually passed out while driving. I was in rush hour traffic, got off the freeway, and passed out because it was 5 o’clock, and I hadn’t eaten for the day,” said Bryan, the daughter of Gov. Albert Bryan Jr. and first lady Yolanda Bryan. #visource #usvi ... See MoreSee Less