A 62-year-old woman was found Monday hanging in her yard, the V.I. Police Department reported. The woman had no vital signs.

According to a police report issued Friday, the woman, who was not identified by police, was discovered by a relative at 6:30 a.m. Monday.

The incident is being investigated by the Criminal Investigation Bureau. Police urged anyone with details about the incident to call 911, the Crime TipLine at 340-778-4950, or Crime Stoppers USVI at 1-800-222-8477. 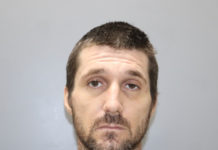