The aim of the USVI Zero Waste Composting Pilot Program is to keep vegetative debris, which program organizers call “a vital resource,” from filling the territory’s landfills and to cut the island’s carbon footprint.

A powerful VermeerBCXL1800 Brush Chipper has been procured, with shipping and delivery compliments of Crowley Logistics, Boyson Inc. and local trucker Michael Marsh.

Island Green’s composting program has been funded through a grant from Community Foundation of the Virgin Islands and private donations. It will create two part-time jobs while providing compost and mulch to the community and educational opportunities for students, organizers said in a news release issued Monday. It will also make the island more resilient in the aftermath of future storms and hurricanes.

The program is in the process of being designated as a Clinton Global Initiative Call to Action. 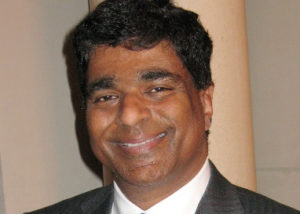 “Island Green has long advocated for recapturing our island’s usable ‘waste’ and seeing it for what it is – a valuable resource,” said Harith Wickrema, Island Green Board president. “With the help of Waste Management, our composting program will reduce tons of green and brown debris from being transported to the landfill on St. Thomas resulting in significant environmental benefits and financial savings. The final product will be utilized by farmers, residents and landscapers. We are also creating two new jobs which will hopefully go permanent after the six month pilot program.”

The two new part-time workers are expected to work 15 to 25 hours per week. The positions are a brush chipping manager and a laborer. Training on the Vermeer BCXL1800 Brush Chipper will be provided.

The brush chipping manager will operate and maintain the chipper and manage the laborer. Brush chipping manager candidates should have experience with heavy equipment operation and supervisory capabilities. The laborer will be responsible for operating a chainsaw to cut brush into manageable pieces and feeding it into the chipper. Both jobs are physically demanding and require the ability to stand and walk continually during shifts and lift, push and pull up to 50 pounds. These are six-month positions with the possibility of becoming permanent.

Those interested can learn more details and apply by contacting Executive Director Kelly Lawson at kelly@islandgreenliving.org or calling 340-998-4446.

The Iowa State University EARTH Program, managed by David Minner, used an ISU Capstone class to develop a comprehensive wood chipping and composting plan for St. John, which served as the basis for the Island Green grant with the Community Foundation. Minner serves on the Island Green board and is a key player in making this venture a reality, the news release said.

Today vegetative debris cut from the National Park, Public Works, local landscapers and homeowners get put into satellite dumpsters around St. John and are mixed with other waste that ultimately heads to an overburdened landfill on St. Thomas. The USVI Zero Waste Composting Pilot Program will stop this cycle and instead allow this carbon source to remain on the island to help regenerate the land. The Bovoni landfill on St. Thomas has less than two years capacity remaining and the Anguilla landfill on St. Croix is slated to close next year. The ultimate goal of Island Green’s composting program is to not only become permanent on St. John, but to provide a roadmap for the rest of the territory and beyond. Island Green will work with local schools to provide field trips and educational programming for students.

A Eulogy for Jean Greaux Jr.

A Taste of STX is New Again

Limpricht Park on King Street in Christiansted will be home to “Light Dem Up: Festival of Trees.” Friday, from 7 to 9 p.m., the park will be alive with holiday lights for the “Ah Glow in De Park” virtual tree lighting. #visource #usvi ... See MoreSee Less