Recognizing the hard work and determination of the territory’s tourism stakeholders as well as its residents, communities, friends and supporters from near and far, he said the tourism sector had emerged from the ravages of two hurricanes “stronger and more hardened.”

Speaking to reporters during a series of back-to-back Caribbean destination press briefings, Boschulte said between 60 and 65 percent of accommodations across the territory were open and accepting guests, while other properties were rebuilding and repairing apace.

Traditional accommodations such as hotels, B&Bs, resorts and timeshares, are offering about 1,050 rooms on St. Thomas, nearly 150 rooms on St. John, and about 600 units on St. Croix.

Additionally, 600 villa units and 200 charter yachts were available in the St. Thomas-St. John District, while St. Croix has about 300 villa units in operation.

Recognizing the contributions of the sharing economy during the early stages of the recovery when Airbnb and other platforms played an important role, the tourism leader recalled it was also a time when residents learned more about how they could help. There are now approximately 830 Airbnb listings on St. Thomas, 250 on St. John and 350 on St. Croix.

Boschulte delivered the good news that airlift capacity to St. Croix already is ahead of pre-storms levels, while seats to St. Thomas are at approximately 80 percent of the pre-storms level.

Cruise ship arrivals continue to strengthen while the territory is managing “bigger, heavier and longer” ships by adjusting the size and efficiency of its ports, as well as enhancing the attractiveness of land-based activities for cruise passengers.

He added that the territory was looking to improve efficiency by developing water transportation to enable cruise passengers to use water taxis to travel to the retail areas where they can spend more time exploring historic areas, dining and shopping. Extra lanes were also being added to heavily traveled roads in Charlotte Amalie.

The commissioner-designee said that as a mature destination, the U.S. Virgin Islands must refresh its existing attractions and keep up with visitors’ increased desire to move beyond sun, sand and sea. Much of the territory’s revitalization, therefore, will include attractions highlighting the cultural heritage, natural environment and culinary richness of the islands.

Acknowledging there was still work to be done, he credited the infusion of “significant federal dollars” along with the resolve of local stakeholders with helping the USVI to achieve its rebuilding objectives. 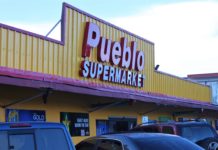