“This was an unexpected distinction that I was honored to receive,” Hamilton said. “I have had the pleasure of working with the Caribbean Society of Hotel Association Executives for the last nine years. Under the guidance of CSHAE, association executives throughout the region have collaborated to share best practices and insights, allowing me to better serve our membership here in the USVI.”

The Caribbean Hotel & Tourism Association, which hosts the CHIEF event, evaluates candidates for these awards based on several points, such as membership development, advocacy, destination marketing and promotion, private/public sector relationship and regional tourism affairs.

“I’m very proud of our achievements in Miami this year,” said team manager Michael Grau. “Our team saw changes with some first-time chefs competing, but the results were really great. I’m looking forward to next year!”

The Taste of the Caribbean event has been hosted annually by CHTA since 1993. Chefs and culinary teams from all over the region participate in team and individual competitions that allow them to demonstrate their culinary skills and share the flavor of their Caribbean homes. The 2017 Taste of the Caribbean also offered sessions for food and beverage professionals. 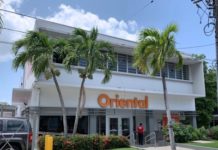