The plan for the V.I. Water and Power Authority was to continue cutting its dependence on fossil fuel, like propane, with the addition of six more megawatts of solar energy on St. Croix by the end of February. That apparently is not going to happen as not a shovel of dirt has been turned on either of the three megawatt projects yet.

The question after WAPA’s Governing Board meeting Thursday is will it ever happen. The board denied a request from St. Croix Solar and St. Croix Solar II to extend their deadline by six months.

The reason cited for the extension request was a problem getting financing for the projects because of Puerto Rico’s default on bonds and rating agencies’ recent downgrading of WAPA’s bond ratings.

The denial of the request gives the options to the companies to demand a letter of credit from WAPA for $1.3 million and then paying $200,000 for a six-month extension of the contract, according to board member Gerald Groner.

Julio Rhymer, WAPA executive director, would not speculate whether the denial of this request put the contract in jeopardy.

The board did approve a request concerning the solar facility that is already in operation on St. Croix. Toshiba built the 4-megawatt facility at Spanish Town. Its title and interest was transferred to NGR Solar. The request before the board that was approved was for a second transfer of title to Virgo Helios.

The board also took action concerning water, approving an agreement that, according to the proposal, would “supply post treatment to potable water produced on the islands of St. Thomas and St. Croix to stop the brown water issue that has been affecting our customers.”

The board authorized Rhymer to execute a contract with Linde Gas to supply the required equipment and carbon monoxide needed for the post-treatment of potable water produced by WAPA contractor, Seven Seas. The contract covers 10 years and will cost just over $1 million.

After approval of the authorization, Elizabeth Armstrong, board chairwoman, said to the staff, “The community has been quite concerned about the brown water. We thank you.”

While some of the renewable energy generation projects might be in jeopardy, the board did approve extending a contract with Automatic Generation Control for a 58-day extension. This contract allows training concerning power adjustments in response to load changes.

According to the request, “The benefits of the AGC system will be the reduction in the total production fuel cost, which includes the start up and shut down time of generation units.”  The training is to take place in January.

The board also extended a hedge fund strategy through 2019. Rhymer said the strategy, which had been successful in saving money on WAPA’s purchase of propane, was previously only approved through 2018.

In explaining the hedge projections provided to WAPA by its consultant, Risk Revenue Energy Assoc., Rhymer said that the authority previously purchased about 2 million barrels per year of fuel oil for electricity generation purposes at an annual cost of $240 million.

“To reduce the amount of money we pay for fuel, we have changed the primary fuel type to LPG,” he said. “A hedging strategy for LPG will enable WAPA to obtain the most favorable market prices for its fuel needs.” Rhymer said the hedge was developed for up to 75 percent of the utility’s projected fuel requirements.

“The hedge locks our cost for fuel over three years at current market levels. Ultimately, our customers will benefit from the fuel hedging strategy as we will not be affected by any change in the market prices of LPG between now and 2019.”

He attributed the problems of cash flow to high outstanding accounts receivable and lack of new rates from the V.I. Public Services Commission. He said projects are being prioritized to maximize efficiency and reliability of the authority.

Rhymer reported on the continued progress of the conversion to propane as primary fuel source and implementation of Automated Metering Infrastructure. “The AMI project has continued to experience slow but steady progress on St. Croix with all communication devices installed and functioning by the end of the month. This giant step forward has enabled all installed meters to be read remotely and has allowed the authority to move forward with installation of the remaining smart meters on St. Croix.” 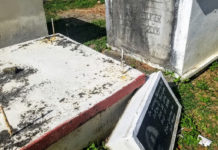