It’s been almost a month since the first case of Zika virus was confirmed in the territory, but local health officials are still uncertain about the scale of the outbreak due to a surge in testing demand that’s slowing down getting results.

According to Dan Baden, a physician for the Centers for Disease Control’s Zika Response Team based on St. Croix, it usually takes about two weeks to get results but that timeframe has increased since there’s been a major uptick in sampling now that the CDC is urging both asymptomatic pregnant women and symptomatic patients to be tested.

Baden said that currently there is only one lab that can do the confirmatory testing in Fort Collins, Colo., and that it’s responsible for testing samples from not only the U.S. but also from other countries.

Because of the growth of the outbreak across the Americas, getting test results is going to now take between three and four weeks.

“This is similar to what happened during the chikungunya outbreak last year. The CDC is working to expand diagnostic testing capacity with both public and commercial partners,” Baden said.

A total of 61 samples have been sent from the territory for testing so far with 41 coming from St. Croix and 20 from St. Thomas. There’s been one positive case on St. Croix that was announced in January and 11 results have come back negative.

The other 39 suspected cases are pending, some of which could have tested positive in an initial test but have to go through additional testing for confirmation.

Baden explained that it’s relatively easy to diagnose the virus if the blood sample is taken when people are showing symptoms. After that window has passed typical testing approaches become less reliable as the amount of the virus decreases in the bloodstream.

At that point another more complicated test is needed that requires waiting for the virus to grow in samples, a process that can take five to seven days. The V.I. Department of Health is currently working with the CDC to potentially get the necessary equipment to do the first round of testing, which would decrease the number of samples that get sent off-island for the confirmatory testing.

“Since Zika has already had local transmission in the USVI, and as there is no treatment for Zika infection, all people in the USVI should be taking precautions to limit their exposure to mosquitoes. This is true regardless of when test results are delivered,” Baden said.

“That being said,” he added, “if additional targeted prevention measures are instituted based on the location of cases, efforts would be enhanced by more rapid delivery of lab results.  That is why the DOH and CDC are working to speed the testing process,” Baden said.

The V.I. Department of Health is partnering with several labs and clinics throughout the territory to provide free Zika virus testing. Pregnant women and people experiencing symptoms, including fever, rash, joint pain and red eyes, should seek medical advice about Zika virus testing. 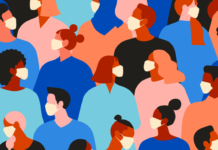