Tropical Storm Josephine continued passing some 200 or more miles north of St. John, the National Hurricane Center reported Saturday night, far enough north that it posed no danger to the Virgin Islands, although the agency advised residents to keep an eye on the storm.

There are no coastal watches or warnings in effect.

With winds to 45 miles per hour, Josephine is tracking to the west-northwest at 15 miles per hour. There was little change in strength Saturday as the storm encountered unfavorable environmental conditions, such as increasing wind shear and dry air. It is expected to weaken over the weekend as it continues to feel the effects of westerly shear, and the low cloud swirl denoting the center is partly exposed at the western edge of the convection. 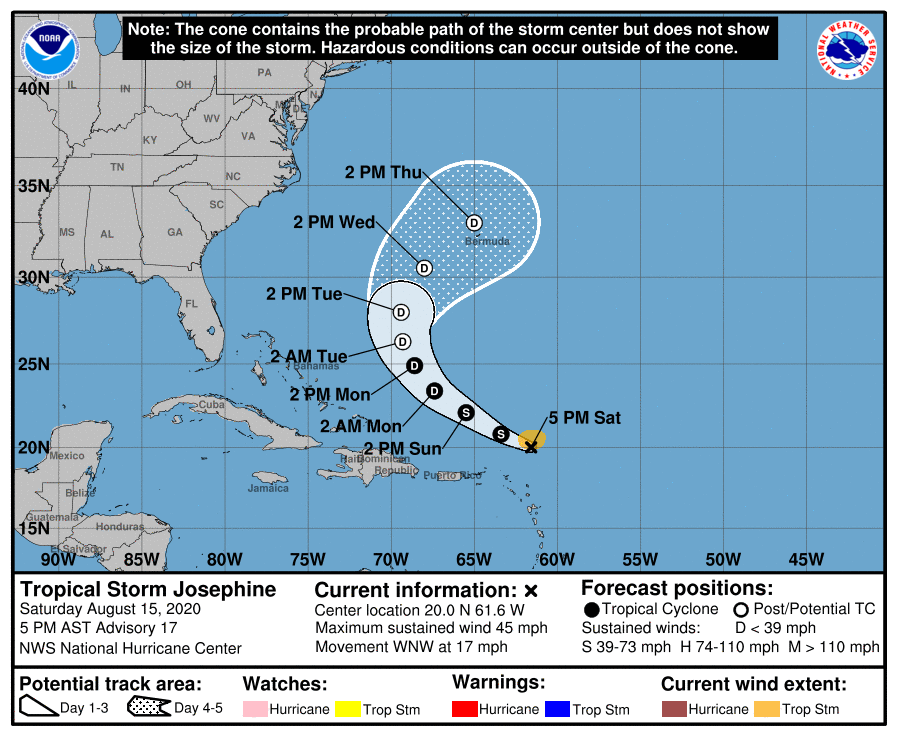 As a service to the community, the Source wants to honor their lives by publishing a series of profiles, but we need your help to do that.
Read more