The public is advised that the sixth annual Virgin Islands Literary Festival and Book Fair (VI Lit Fest) has been postponed until further notice.  The VI Lit Fest had partnered with the Caribbean Philosophical Association (CPA) for the 2020 festival originally scheduled for April 1 to April 4, under the theme, “Shifting the Geography of Reason XVII: Dignity Power and Place in the Caribbean.”

However, VILF leadership has voted to postpone the local end of the collaborative festival/conference due to the tenuous conditions associated with the threat of the new coronavirus (COVID-19) as well as to satisfy leadership mandates in support of a safe and healthy Virgin Islands community.

The Virgin Islands Literary Festival and Book Fair (VI Lit Fest) is partnering with the Caribbean Philosophical Society (CPA) at the invitation of University of the Virgin Islands President David Hall. UVI will host the 2020 conference on St. Croix from April 1 – 4 under the theme, “Shifting the Geography of Reason XVII: Dignity Power and Place in the Caribbean” — a VI Lit Fest/CPA collaborative theme that will be reflected in the presentations this year.

The Caribbean Philosophical Association is an organization founded in 2002 at the University of the West Indies that promotes the view that philosophy is the “rigorous theoretical reflection about fundamental problems faced by humanity” and that Caribbean philosophy in particular should be seen as “a trans-disciplinary form of interrogation informed by scholarly knowledge as well as by practices and artistic expressions that elucidate fundamental questions that emerge in contexts of discovery, conquest, racial, gender, sexual domination, genocide, dependency and exploitation as well as freedom, emancipation and decolonization,” according to Hanetha Vete-Congolo, CPA president.

Haki Madhubuti Ph.D., one of several renowned scholars being honored this year by the Caribbean Philosophical Association, will also deliver his keynote address at 3 p.m. on Wednesday, in the UVI Great Hall. Madhubuti is being recognized, in particular, for his major contributions to the black literary tradition, which includes his early association with the Black Arts Movement beginning in the mid-1960s, and his lasting and major influence in building resources and institutions dedicated to Black writers and scholars. He is the co-founder, publisher and chairman of the board of Third World Press (established in 1967), which today is the largest independent black-owned press in the United States. He has many other accomplishments.

Congratulating Dr. Madhubuti, UVI President David Hall said, “It is a tremendous honor for the University of the Virgin Islands to host the Caribbean Philosophical Association meeting on our St. Croix campus. I am also thrilled that at this gathering, one of the world’s most renown and culturally meaningful poet and author, Haki Madhubuti, will receive the Guillen Lifetime Achievement Award. Haki has devoted his life to raising the consciousness of people of African descent and the world through his probing, insightful and provocative poems and writings.

“When the cultural deserts were parched, Haki, and the Third World Press, which he founded and still leads, was our oasis and precious resource. I have known, worked with, and admired him for over 40 years, and it is a blessing to have this important honor bestowed upon him at the university where I am president. The Caribbean Philosophical Association and Haki are cultural and intellectual trailblazers and thus it is appropriate that these powerful intellectual forces converge at this critical juncture in our collective journey.”

You have acted in one of the most critical areas ensuring freedom. Your sense of justice, your solidarity with the world of letters and those not being able to enter it because of prejudices is outstanding. Thank you for being dependable and ensuring that there was a place where such people could find freedom of expression. Thank you for believing in the power of poetry, for practicing the letters that liberate. Congratulations for your achievements.”

There will be daily Virgin Islands authors’ round tables. Local scholars, authors and thinkers will be featured, including Mario Moorhead who will engage an audience with his new book “Crucian Dialogue.” Olaf Hendricks Ph.D. will conduct a pyscho-philosophical conversation entitled: “Grounation, Grandiosity and Grounapple” on Leo Carty cartoons printed in the St. Croix Avis during the 1980s. In addition, Carty’s lifetime of work will be unveiled by his son Stefan Carty and his student Lavaughn Bell at the festive Book Bacchanal on Friday evening, April 3, in cooperation with the Caribbean Museum Center for the Arts.

Throughout the festival, nationally and internationally recognized authors will conduct workshops on writing narratives, writing for children, and editing and publishing one’s work. Concurrently, the Caribbean Philosophical Association will conduct it various sessions, including paper presentations on wide-appealing topics.

According to Program Chair Alscess Lewis-Brown, “We are just happy to be able to offer this mind meal to satisfy the intellectual appetite of our beloved Virgin Islands community. Each year, we are able to enjoy new and old ideas, fresh thoughts, reflections, conversations and fellowship of like-minded people who come to the festival. A number of new writers have spun out of our efforts, so we continue to look to the future with much hope for a high quality, prolific Virgin Islands literary tradition,” she said.

Tickets: This year, festival planners have cast a wide net for full community participation; therefore, all events are free for local residents. However, participants are required to get their tickets at www.usvilitfest.com or www.eventbrite.com as seating is limited. In addition, donations are welcome as they directly support and strengthen the literary tradition. Checks should be made payable to the St. Croix Foundation for Community Development on behalf of the VI Lit Fest. 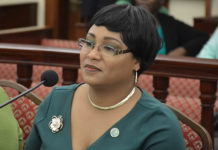 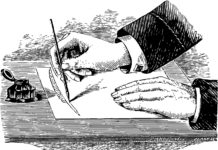 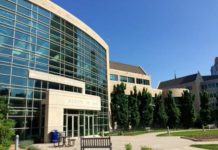 UVI Bulletin Board for March and April