A juvenile green sea turtle rescued on Feb. 28 is returning to the Virgin Islands after nearly five months at the Turtle Hospital in Florida Keys. The turtle was fittingly named after the Egyptian god Khepri, who represents sunrise and new life. The turtle had been stranded at the bottom of the Coculus Point cliffs. The rescuer thought the turtle was dead but contacted Coral World for assistance. Erica Palmer, Coral World veterinary technician, and Ryan Firment, an aquarist at the park, responded to the call.

Palmer said, “The severe wound to its right front flipper suggested an attack by a predator. The turtle was barely conscious and upside down on the rocks when found.” Palmer and Firment transferred the turtle to Coral World where the dedicated staff provided supportive care, wound treatment and nutritional therapy that allowed it to stabilize and regain strength prior to transfer to the Florida Keys-based Turtle Hospital.

American Airlines generously flew the turtle to Miami on Tuesday, March 26. Mark Nelson, general manager of American Airlines in the U.S. Virgin Islands, took his day off to fly with Khepri and facilitate the transfer to the Turtle Hospital in Marathon, Florida Keys.

Bette Zirklebach, manager of the Turtle Hospital, said, “It was touch and go with Khepri’s injured flipper in the beginning, and the veterinarians were not sure they could save the flipper. In addition to antibiotics, physical therapy and a healthy diet, wound care included natural honey and class 4 laser therapy.” Zirkelbach went on to say the right front flipper has decreased range of motion but allows Khepri to swim well enough for release to the wild.

Again, courtesy of American Airlines, Khepri is set to fly home on Sept. 10 in the company of Zirkelbach and Turtle Hospital founder/director Richie Moretti. Once on Island, Khepri will be evaluated and held overnight for observation before being released to its home in Frenchman’s Bay by representatives from Coral World, the Turtle Hospital and American Airlines.

Coral World General Curator Lee Kellar said, “We are thrilled that we were able to help save this turtle. Coral World’s mission is to educate the public about conservation of our ocean resources and to participate in rescue and rehabilitation. Returning Khepri to his ocean home symbolizes our commitment.”

Sea Turtle Assistance and Rescue (STAR) is a non-profit organization that has a mission “to promote sea turtle-friendly practices and a conservation ethic on land and at sea in the U.S. Virgin Islands, and respond to incidents of injured, disoriented or imperiled sea turtles through rescue and rehabilitation.”

“STAR relies on many community volunteers, local veterinarians, and other donated resources like those offered by Coral World, but the most important participant in STAR is you! Please report any entrapped, disoriented, sick, injured or dead sea turtle by calling the rescue hotline at 690-0474. Find out more about STAR at STAR-Sea Turtle Assistance and Rescue.”

All sea turtles are designated as either threatened or endangered under the U.S. Endangered Species Act of 1973. Violations can result in up to one year in prison, up to a $100,000 fine, and the confiscation of any equipment used during the criminal act.

Coral World is the only approved Sea Turtle Rehabilitation Facility in the Virgin Islands and has been conducting and funding turtle rehabilitation since it reopened in 1997 as part of its mission to educate and inspire appreciation for the Caribbean marine environment as well as entertain.

. For more information, visit the Coral World website at https://coralworldvi.com/. 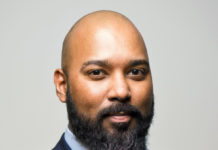 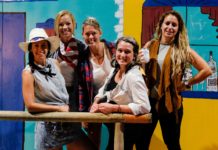 Mystery in the Wild West Raises $66,000 for My Brother’s Workshop