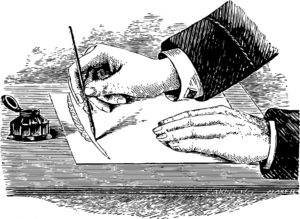 The United States Virgin Islands are a U.S. territory. It’s known for its white-sandy beaches with clear crystal waters and verdant hills. The main islands consist of St. Croix, St. John and St. Thomas and are all unique with adventurous things to do with 1.5 million tourists visiting this small American territory for over the past years.

Only 400 miles away another territory of United States, Puerto Rico its neighbor, are similar in culture, climate and is under the same administration the United States of America. USVI government officials scramble to stave off the same kind of fiscal collapse that its neighbor Puerto Rico has encountered.

The general debts of the Virgin Islands are smaller than those in Puerto Rico, which effectively made them declare bankruptcy two months ago during May 2017. Then it’s population of 3.4 million and its ability to pay. Compare to this unique territory of roughly 106,000 people, which owes $65 million to creditors and pensioners.

They’re combination of factors including the insufficient tax revenue, a pension delicate system, the loss of a major employer and a new reluctance in the markets to give the Virgin Islands any more money which has made it almost impossible for the government to meets its obligations. Early this year the Virgin Islands was near to a financial collapse and was unable to borrow and nearly out of funds for basic government operations.

The sudden cash crunch was a warning sign that the financial storm that hit the island of Puerto Rico to its grounds and could soon spread other places. America Samoa, Guam and Northern Mariana Islands which are far out U.S territories in the Pacific appear susceptible.

Jim Millstein whose firm, Millstein & Company, advises Puerto Rico on its economic affairs and debt restructuring said, “I don’t think you can say it’s a crisis, but they have challenges — high debt, weak economies and unfunded pensions.” After hearing about the financial situation this year in Guam and the Virgin Islands. He called the combination of challenges in the territories “a recipe for trouble in the future.”

The military existence buoyed these U.S. territories for their small economies, and a federal taxes subsidy made it relatively easy for them to issue bonds. Over the years, they have collectively borrowed billions of dollars to build and fix roads, operate schools, give treatment to drinking water and send funds to hospitals.

America Samoa, one the smallest territories, lost one of the biggest engines of its economy last December when a giant tuna cannery closed after being required to pay federal minimum wage. Moody’s Investors Service then added the territory’s debt under a negative outlook citing its insecure economy.

In the Northern Marianas Islands the depleted general pension fund was destroying a fiscal havoc in 2012 which made the territory declare bankruptcy but the case was thrown out. The government then tried cutting down all retirees’ pensions to 25 percent, but then retirees fought the cuts, and the fund nearly exhausted anyway.

Another territory, Guam appreciates the economic benefit of several large American military installations and has been having anxiety about its debt after Puerto Rico’s default.

Puerto Rico’s difficulties provide a teachable moment for Guam, said Benjamin Cruz, the speaker of the legislature, who recently helped conquer a proposal to take $75 million to pay tax refunds. “Spending borrowed money is too easy.”

Here in the Virgin Islands the debt dilemma is most acute, where the government has been struggling ever since a giant oil refinery closed on St. Croix in 2012 wiping out the territory’s biggest nongovernment employer and a mainstay of its tax base. There are many problems affecting the people of Virgin Islands, and congress should step in before the matter gets worse.

Governor Kenneth Mapp said he hoped to start restructuring the pension system in the fall. Already, he said, the government had stopped diverting the workers’ pension contributions, as residents began filing their tax returns and payments in April. The tax payments eased the immediate liquidity crisis.

Recently, he met with the Treasury secretary, Steven Mnuchin, to discuss possible incentives to attract tech business to the Virgin Islands. And he hopes to return to the capital markets. “The fact that we didn’t complete the sale in January gives the impression that our market access is constrained,” said Valdamier O. Collens, the territorial finance commissioner. Investors have nothing to worry about, the governor said. For decades, the Virgin Islands has used a lockbox arrangement that makes default all but impossible.

Merchants collect sales taxes and send the money to a trustee for the bondholders. Not a cent goes to the territorial government, including the pension fund, until the bond trustee gets enough to make all scheduled bond payments for the coming years. “We have no access to the moneys before the bondholders are paid,” Mr. Mapp said. “These moneys are taken out of the pie before the pie is even in the oven. Our debt has never been in jeopardy.”

But in Puerto Rico, such lockbox arrangements have turned out to be one of the thorniest disputes of the bankruptcy proceedings. And Mr. Collens, the finance commissioner, is all too aware that the same dynamic could upend the Virgin Islands, too.

We know that there has been a contagion effect with Puerto Rico,” Mr. Collens said. “The market saw that by the stroke of a pen, the U.S. Congress could create a Promesa for the rest of the territories.”