VITFF Team Looking for 4 X 100 Meter Relay Record at Penn Relays
One of the defining elements of a nation’s national track and field team is the status of its relay squads. Perhaps the most famous relay competition in the history of the sport is the annual Penn Relays coming up this weekend in Philadelphia. With the upstart of the IAAF World Relays held last year in the Bahamas and its second edition coming up next month again there, the relay is finally getting more hard- earned respect the world over.
It is rare that the Virgin Islands enters a national senior team at Penn, the reason being, athletes on the national team are not available because they are usually competing for their respective college teams. V.I. athletes do have history at Penn; however, they regularly compete on their high school or college team. Just about every V.I. Olympic sprinter has competed at Penn in those capacities.
The team of Eddie Lovett (also will run in the invitational 110m hurdles), Tabarie Henry, Leon Hunt, David Walters and Brian Slator has its work cut out for it as it heads for Philly and looks to better the team with the current V.I. national record for the 4 x 100m relay men with the time of 39.89 set on July 4, 2009, in Havana, Cuba. That team consisted of Tabarie Henry, Adrian Durant, Calvin Dascent, David Walters and Leon Hunt. It will challenge the only time a senior team won a medal in a major championship and won the Bronze Medal at the 1981 Pan American Games. It, also, was in Havana, Cuba. That team was Keith Smith, Neville Hodge, Derry Pemberton, Jimmy Fleming and Kevin Robinson.
The Caribbean is noted for its sprinters. Its countries, even though small in population — the Virgin Islands being of the smallest of the small countries in the world of track and field — produce the very best sprinters in the world.
All thanks go to veteran track and field statistician Rey O’neal of the British Virgin Islands, who just released another of his priceless track and field analytical track and field statistical publications. This one, “The CAC Region and the Relays by Rey O’Neal, Association of Track and Field Statisticians,” offers some great information about the history of relays in the Central America and Caribbean region. Of much interest is his “hypothetical all-time teams” for the region. The V.I. holds its own in this array of some of the world’s greatest relay teams, and they are listed as follows:
All-Time Relay Teams of the Virgin Islands
Men
All-time 4 x 100m Relay
Greg Barnes, Adrian Durant, Neville Hodge, Carl Plaskett
All-time 4 x 400m Relay
Kendon Maynard, Calvin Dascent, Leslie Murray, Tabarie Henry
All-Time 4 x 200m Relay
Neville Hodge, Greg Barnes, Calvin Dascent, Carl Plaskett
Women
4 x 100m Relay
Courtney Patterson, Laverne Jones, Ameerah Bello, Allison Peter
4 x 400m Relay
Ameerah Bello, Flora Hyacinth, Allison Peter, Laverne Jones
4 x 200m Relay
Courtney Patterson, Allison Peter, Ameerah Bello, Laverne Jones
For information, e-mail: [email protected] or [email protected] or call 643-2557 or logon to http://virginislandstrackandfield.org 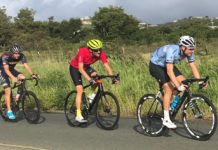 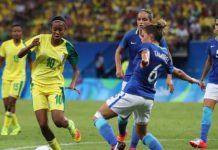